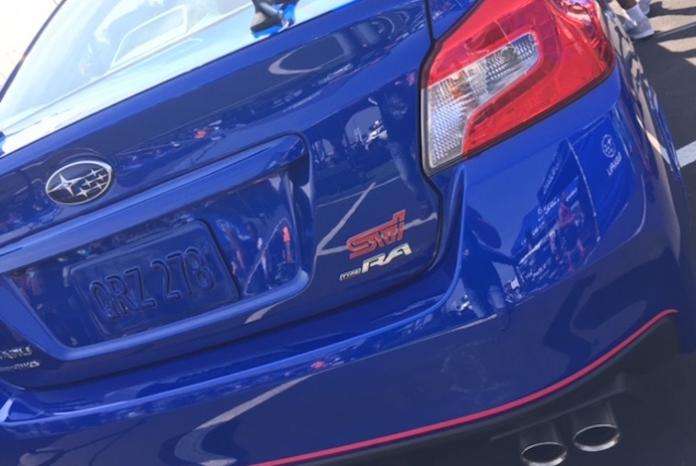 The #1 volume U.S. Subaru dealer sold out of the 2018 Subaru WRX STI Type RA in one hour. If you want one you better hurry.
Advertisement

If you want one of the 2018 Subaru WRX STI Type RA limited edition models, you better hurry. The top volume Subaru dealer in the U.S, Heuberger Subaru in Colorado Springs, noted on their Instagram account, that their waiting list for the STI Type RA (Record Attempt) filled up in one hour.

Heuberger Subaru on their Instagram account says, “It’s a shame only a select few of us will be able to lay our hands on this upcoming beauty. Did you make it onto any waiting lists yet? Ours filled up inside of an hour once the announcement dropped.” Heuburger tells us they are anticipating no more than 5 limited edition models to be allocated to them, but they have 10 buyers on their waiting list "just in case we get lucky." The 10 hopeful buyers understand that the dealer is limited by Subaru of America, so they all have their fingers crossed!

The limited edition models are being built in Gunma, Japan to commemorate Subaru’s record attempt this summer at the Nurburgring. Subaru of America hooked up with Prodrive and built the special STI specifically for this record attempt. The performance car hit a record sub-seven time of 6:57.5 at the Ring in July, the fastest-ever lap for a sedan.

At the Rocky Mountain Subaru Festival last weekend, we noted in our story that the WR Blue 2018 Subaru WRX STI Type RA was a fan favorite and received the most attention at the event. With only 500 examples being offered in the U.S., they are bound to go quick. 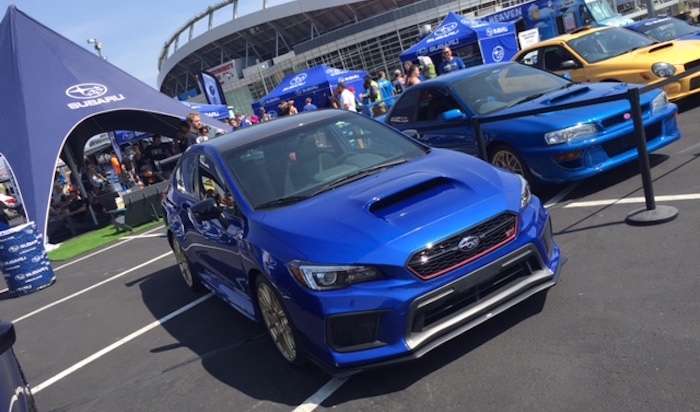 More horsepower and quicker than the standard model

When the 500 performance sedans arrive in early 2018, the Subaru WRX STI Type RA limited editions will get more horsepower than the standard STI. Subaru announced it gets an “estimated” 310hp an additional 5 horsepower upgrade over the standard 2.5-liter EJ25 turbo boxer engine. The torque stays the same at 290 lb. ft of toque.

The STI Type RA also gets an upgraded suspension with inverted front struts and rear double wishbone suspension all with Bilstein dampers, and a modified multi-mode VDC for better stability. The Brembo brakes feature an exclusive silver finish and come paired with cross-drilled rotors for better heat dissipation.

We aren’t sure how many 2018 Subaru WRX STI Type RA limited editions each Subaru dealer is allocated, but the top volume dealer in the U.S., Heuberger in Colorado Springs, has already filled up their waiting list with 10 buyers. If you want one, you better hurry and contact your local Subaru dealer today.