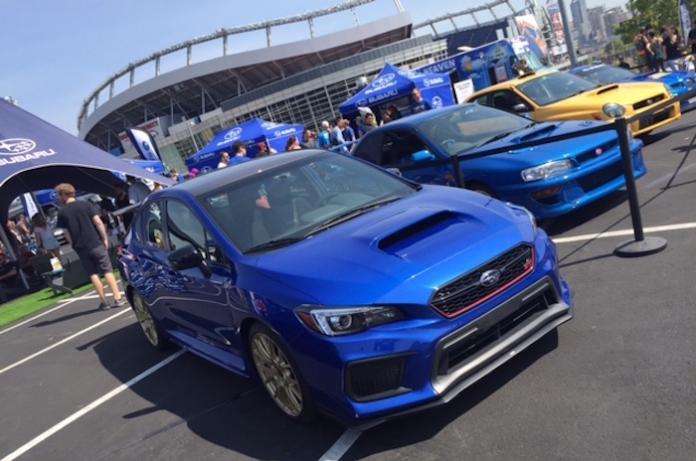 There were lots of Subaru WRX STI performance cars at the Rocky Mountain Subaru Festival this weekend, but a few stood out for us.
Advertisement

The 2017 Rocky Mountain Subaru Festival in Denver was held yesterday and it was a big success. It was a great weekend for the Denver area Subie Festival. The weather was perfect and hundreds of fans showed up with their WRX, WRX STI’s, Foresters, Outbacks and BRZs at Sports Authority Field in Denver.

Most of the cars displayed were Subaru WRX and WRX STIs, but there were also a few tricked out Foresters, Crosstreks and BRZs scattered throughout the lineup of cars. They were on display at the largest gathering of Subaru enthusiasts in the Rocky Mountain area.

Fans were interested in the special 2018 Subaru WRX STI Type RA that will be limited to 500 examples when it arrives next year. The Type RA (Record Attempt) model gets a 5 horsepower upgrade over the standard 2.5-liter EJ25 turbo boxer engine. The rear deck lid finishes the look with a WRX STI Type RA badge. 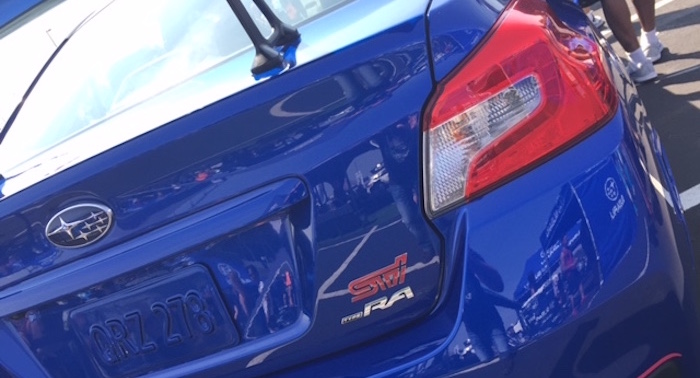 Subaru Tecnica International (STI) worked in some new engine mods, it gets a revised suspension, a carbon fiber roof, Brembo brake upgrades and the six-speed gearbox gets re-tuned with a revised 3rd gear ratio mated to a short throw shifter. Subaru says the weight reduction, additional horsepower and revised gearbox all contribute to faster acceleration.

Subaru fans to numerous to count came out in droves to the 2017 Rocky Mountain Subaru Festival in Denver this weekend. It was a day created just for Subaru enthusiasts as hundreds of fans gathered in Denver, Colorado at the Sports Authority Stadium parking lot for a day of fun and showing off their Subies.