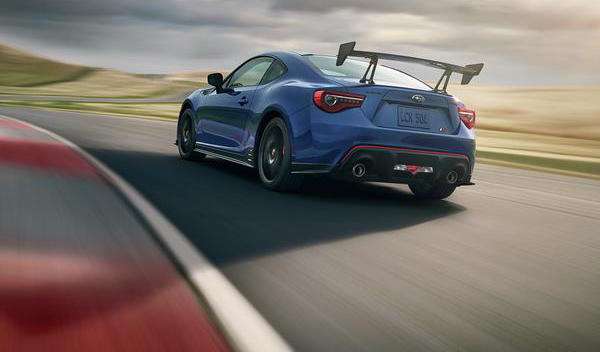 Subaru announced a new 2018 BRZ STI but fans won’t be happy. What upgrades does it get?
Advertisement

A new 2018 Subaru BRZ STI is coming next year, but performance fans won’t be happy. Subaru Tecnica International (STI) won’t be tuning the engine. It’s a BRZ tS (tuned by STI) but it’s not getting any engine upgrades. It still comes powered by the same 2.0-liter horizontally-opposed four cylinder FA20 boxer engine producing 205 horsepower and 156 lb. ft of torque. That won’t sit well with fans who were hoping for at least some extra power for the limited edition STI model. What extras does it come with?

Subaru is only producing 500 examples of the 2018 BRZ tS and it will come with suspension and exterior upgrades over the standard model. It will feature STI-tuned front and rear SACHS dampers and coil springs as well as flexible V-braces under the hood. Subaru says the new draw stiffeners added to the chassis and sub-frame will improve steering response.

The BRZ tS gets new 18-inch lightweight STI wheels for the first time and they’ll be wrapped in 215/40 R 18 Michelin Pilot Sport 4 tires for superior grip and quicker turn-in. Brembo brakes are installed at all four corners to round-out the BRZ tS performance package. 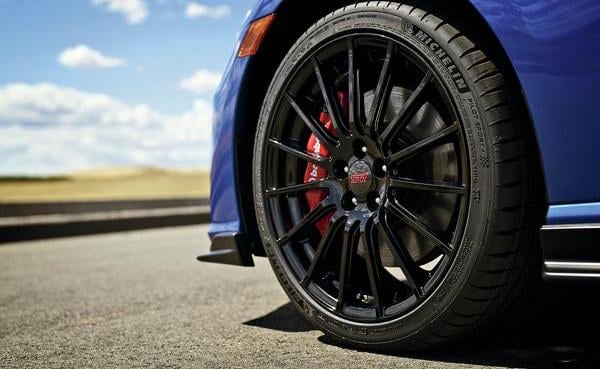 Outside, the BRZ tS gets an adjustable STI rear carbon fiber spoiler, and STI front, rear and side under-spoilers for improved airflow for better traction and stability. Other exterior features include an exclusive Cherry Blossom Red accent around the front grille and unique rear bumper cover, a BRZ tS badge on the rear deck, and exterior mirrors, roof-mounted shark fin antenna, BRZ and Subaru badging all have a black finish. Also, the fog lights have been removed and replaced with STI fog light covers.

Inside, the limited edition BRZ comes standard with black leather and Alcantara upholstery with contrasting red stitching and accents throughout the interior, including steering wheel, door and dash panels, knee pads, shifter and emergency brake boots. The BRZ’s front seats have red leather bolsters and the seat backs are embroidered with the tS logo. The model also gets a unique visor over the gauge cluster, special interior door trim, and the center console has been updated with a cast black finish. The BRZ tS also comes standard with red front seat belts and a frameless interior rear view mirror. Go to Page 2.

Performance fans were hoping for at least some engine mods and increased horsepower over the standard model. The new 2018 Subaru BRZ tS gets no engine upgrades but does get STI suspension goodies for improved driving dynamics, better control and stability. The limited edition model will be available early next year in WR Blue Pearl, Crystal Black Silica and Crystal White Pearl. Subaru will release exact specs and pricing closer to dealer launch. Stay tuned.