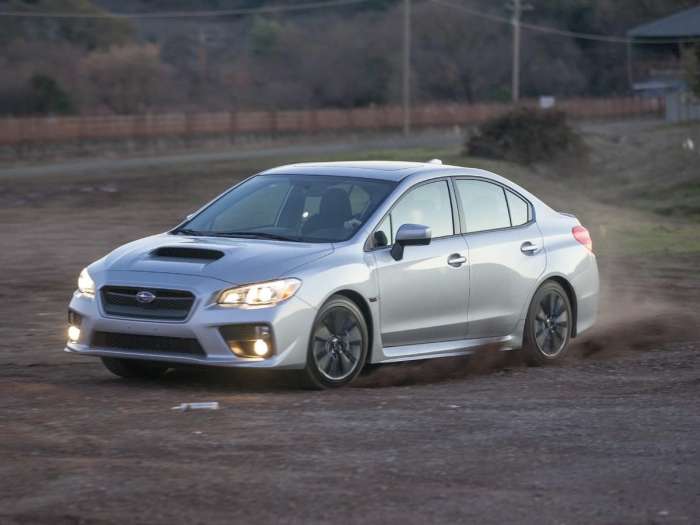 The Subaru WRX gets bad marks from Consumer Reports for reliability. It’s the brand’s least reliable model due to transmission problems.
Advertisement

Subaru moved up in reliability and jumps two spots from sixth to fourth place among all automakers in the recent Consumer Reports Reliability Survey 2018. The redesigned second-generation The 2019 Subaru Crosstrek small SUV helps the brand move up the list because it has much better-than-average first-year reliability according to the latest survey. Crosstrek is the most reliable model, while the sport-tuned WRX is the brand’s least reliable model in the stable according to CR.

In overall reliability, the Lexus brand is number one, Toyota is number two, Mazda jumped nine spots to move into third place and Subaru is now fourth. CR says the WRX is the least reliable Subaru. CR gives it bad marks for its stiff and choppy ride, the “clunky” shifter and abrupt clutch engagement make the WRX frustrating as a daily driver. CR says the sporty WRX was the only Subaru with below-average reliability because of transmission problems.

Back in 2016, the WRX and WRX STI fell out of favor with CR saying the Subaru WRX and WRX STI are “no longer recommended” because of their declining reliability. Other big-name models with declining reliability and were also no longer recommended included the Audi A3, Chevy Volt, Dodge Durango, Ford F-150, Honda Civic, Lincoln MKX, and Mini Cooper.

Reader Poll: Have you had transmission problems, and what year is your WRX?