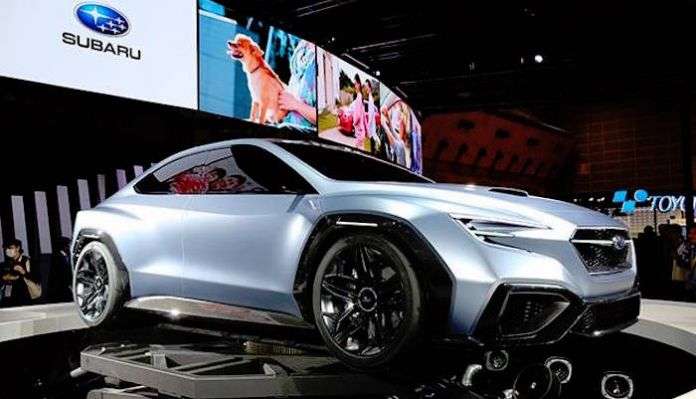 Subaru will continue to pursue performance with the WRX and WRX STI continuing on into the next-generation. How much bigger will it be?
Advertisement

Subaru Corporation unveiled the VIZIV Performance Concept at the Tokyo Motor Show 2017, and most think its a forerunner of the next-generation 2020 WRX and WRX STI design. Of course it won’t look exactly like the concept car revealed last week, remember the WRX Concept? But it could give an indication of the size of the new 2020 WRX/STI performance model.

Subaru released dimensions on the VIZIV (Vision for Innovation) Performance Concept. The new-gen WRX/STI set to launch in late 2019, if it stays with the show car’s dimensions, will be significantly larger than the current performance sedan.

If we look at the new-generation 2017 Impreza’s wheelbase, it grew by an inch to 105.1 inches. Both sedan and five-door hatchback models are 1.6 inches longer, 1.5 inches wider and 0.4 inch lower than the outgoing 2016 Impreza. Look for the WRX and WRX STI to have a slightly longer, wider and a possibly lower stance too. Subaru uncovered the VIZIV with 20-inch wheels (with 245/40 R20 rubber), but the production WRX/STI is likely to be fitted with 19-inch wheels as standard. 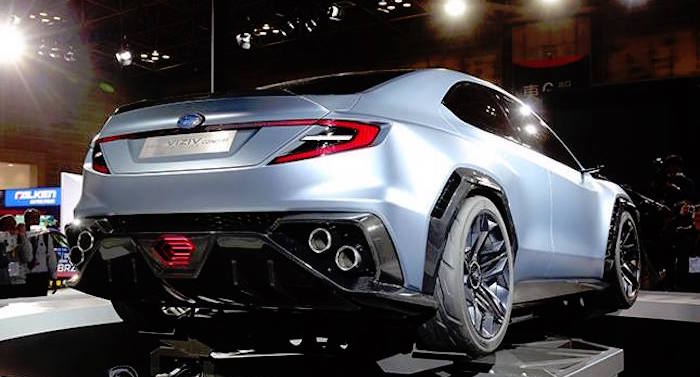 Subaru engineers and Subaru Tecnica International will build the new WRX/STI on the same SGP (Subaru Global Platform) architecture that underpins the Impreza and 2018 Crosstrek. It’s a modular platform the Japanese automaker can adapt to easily accommodate the longer wheelbase of the performance sedans.

The new SGP will make the body and chassis 70 percent more rigid which will translate to improved steering response, and the increased rigidity of the suspension mounting will reduce body roll by 50 percent compared to current models like we see in the new Impreza.

The next-gen WRX/STI will also have a lower center of gravity improving driving dynamics in the corners producing a more dynamic ride. Subaru says the new global platform underpinning the 2017 Impreza improves crash energy absorption by 40 percent over present models. Expect the same in the 2020 Subaru WRX STI.

The next-generation 2020 Subaru WRX STI will get significant improvements over the current generation performance model. It will likely grow slightly bigger, get an improved ride and driving dynamics and increased safety.