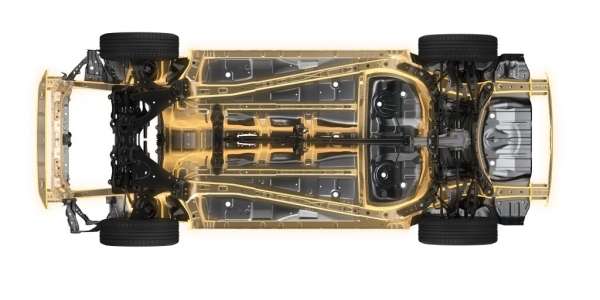 Subaru’s 2017 Impreza compact sedan and 5-Door get the new Global Platform. What does that mean for you?
Advertisement

Consumers in the U.S. will be able to purchase the new 2017 Subaru Impreza with a new global platform for the first time later this year. All next-generation Subaru vehicles will be coming with the new architecture in the near future. As Subaru upgrades their lineup, they will get the new platform that will benefit small car shoppers.

What does it mean for you if you are looking for a new compact or crossover? You might want to wait because it will be a big improvement over their current models. According to Subaru, their vehicles will have improved driving dynamics and they will be safer than the current generation models.

In a nutshell, the new underpinnings will reduce vibrations and produce a smoother ride quality. The body and chassis will be 70-100 percent more rigid which will translate to improved steering response, and the increased rigidity of the suspension mounting will also reduce body roll by 50 percent compared to current models. The vehicles will have a lower center of gravity improving driving dynamics in the corners producing a more dynamic ride. Subaru says the new global platform underpinning the 2017 Impreza improves crash energy absorption by 40 percent over present models.

Other benefits for consumers

Because all Subaru models will share the same platform on which they are built, this will improve the small automaker's economies of scale. Subaru’s two plants in Japan and the one plant in the U.S. will be able to build all their vehicles on one assembly line. This will allow the Japanese automaker to more easily adjust its production to meet shifting market demand around the globe. What will this mean for you?

This will benefit consumers by allowing Subaru to save valuable resources that would otherwise be spent on changing the production line. They can then invest the savings in new advanced technology to stay competitive with their bigger rivals. Because Subaru is a small automaker by global standards, their parent company, Fuji Heavy Industries has to be careful how they invest their limited resources. This advanced technology will be available to consumers sooner than they normally would be able to offer it. They will also be able to keep an emphasis on quality over quantity.

The new 2017 Impreza starts Subaru’s new-generation of vehicles with a global architecture. It should mean Subaru can produce new-generation vehicles in the near future that are even more fun to drive, they will have the latest technology and they will be safer on the road.