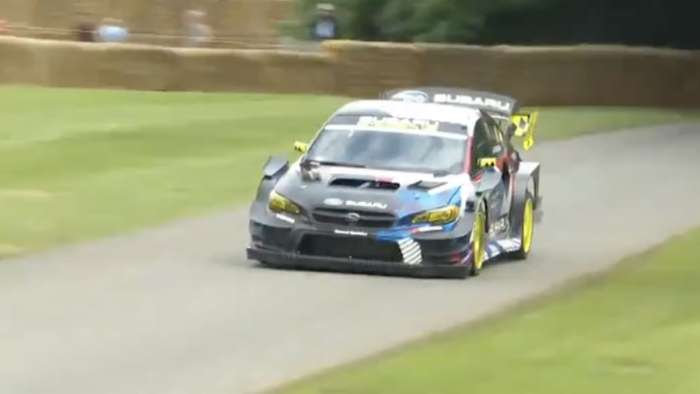 The 862 horsepower Subaru WRX STI takes its first run up the Goodwood Festival of Speed Hill. Check out the first images here.
Advertisement

Are you ready for more of Subaru of America's 862-horsepower WRX STI driven by Travis Pastrana? The wildest STI ever produced is at the Goodwood Festival of Speed Hillclimb Shootout this weekend. The Subaru WRX STI with Travis Pastrana behind the wheel takes its first run up the Goodwood hill.

It's all part of the Airslayer Global Takeover Tour announced last month as the 862-horsepower WRX STI makes its competition debut at the Goodwood Hillclimb Shootout July 8-11. Pastrana will fight to win the 1.16-mile climb up the Goodwood hill. 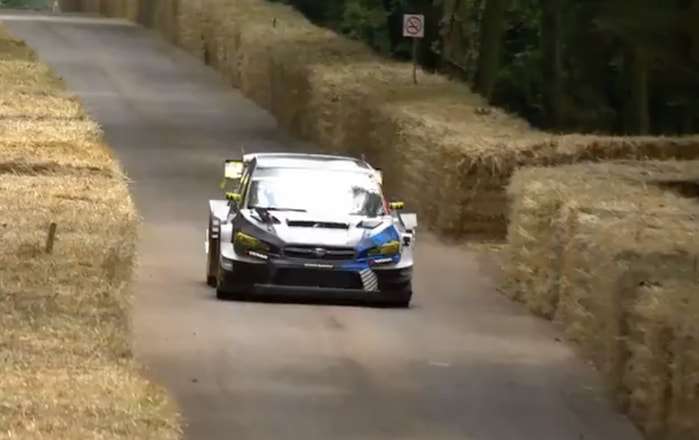 Pastrana said, "So much power and downforce, plus all the rally and rallycross tech in the chassis and suspension--this car is going to be perfect for hill climbs, where we can take advantage of this level of performance. Plus, I'm excited that we can finally share it with fans for the first time as events reopen this summer."

The STI and the 862 horsepower 2.3-liter Boxer engine were purpose-built by Subaru Motorsports USA and technical partner Vermont SportsCar. Subaru says they started with a production Subaru WRX STI shell, added a full cage, and lightened the STI to just 2,623 pounds. That's over 800 pounds lighter than a stock STI, giving it an incredible power-to-weight ratio of 3.0 lb/hp. 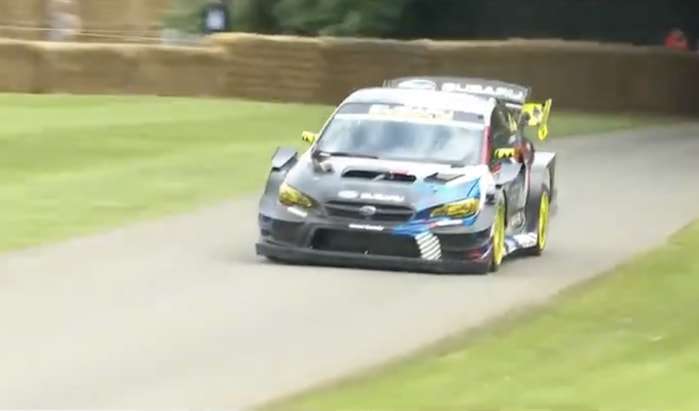 While the new 862 horsepower Subaru Gymkhana STI won't resemble the next-generation 2023 Subaru WRX STI production car, it gives performance enthusiasts a fun way to start the summer. You can check out a Live stream of the event this weekend here.

When is the next-generation STI coming?

Reports from sources close to the automaker say the next-generation Subaru STI will be powered by the FA24 2.4-liter Boxer with plenty of Subaru Tecnica International upgraded internals to produce close to 390 horsepower. Performance enthusiasts will have to wait until the fall of 2022 for the 2023 Subaru WRX STI reveal. Stay tuned.