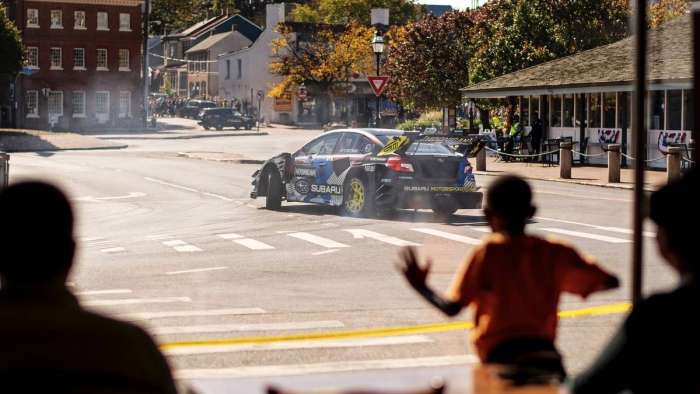 Subaru built a one-off WRX STI performance car and stuffed it in an all-new 2.3-liter 862 horsepower Boxer engine under the hood. Subaru of America just released information about the vehicle that will be Travis Pastrana’s STI in the Gymkhana 2020. Is it a test of a new 2.3-liter engine for the next-generation STI set to launch in 2022?

The car and the 862 horsepower Boxer engine was purpose-built by Subaru Motorsports USA and technical partner Vermont SportsCar. Subaru does not have a 2.3-liter turbocharged Boxer engine in any of its cars. We are speculating it could be a new powerplant for the all-new 2022 Subaru STI. 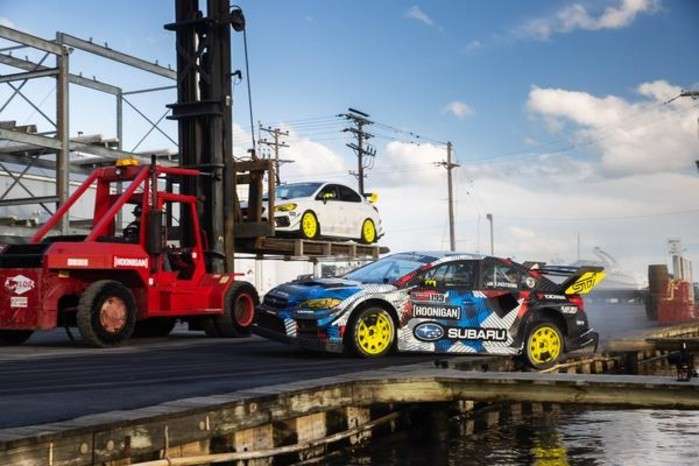 Reports from many sources say the next-generation Subaru STI will be powered by the Ascent-sourced 2.4-liter Boxer with plenty of Subaru Tecnica International upgraded internals to produce close to 400 horsepower. 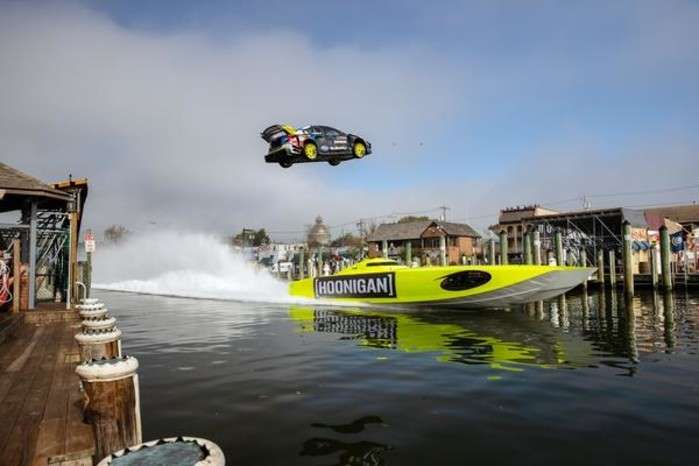 Subaru says they started with a production Subaru WRX STI shell. The car was fully caged and lightened to just 2,623 pounds. That’s over 800 pounds lighter than a stock STI, giving it a power-to-weight ratio of 3.0 lb/hp.

We are speculating Subaru would use the 2.4-liter turbocharged engine in the 2022 WRX and possibly the all-new 2.3-liter turbocharged Boxer in the STI. This new engine would give separation to the two performance models, like the current generation.

The Gymkhana STI is the perfect car to test the new powerplant’s reliability and performance capabilities. It gives Subaru plenty of time to tweak the engine before the launch of the next-generation model.

While the new 862 horsepower Subaru Gymkhana STI won’t resemble the 2022 Subaru WRX STI production car, we speculate the 2.3-liter engine could be a first reveal of the new STI’s engine. Stay tuned.