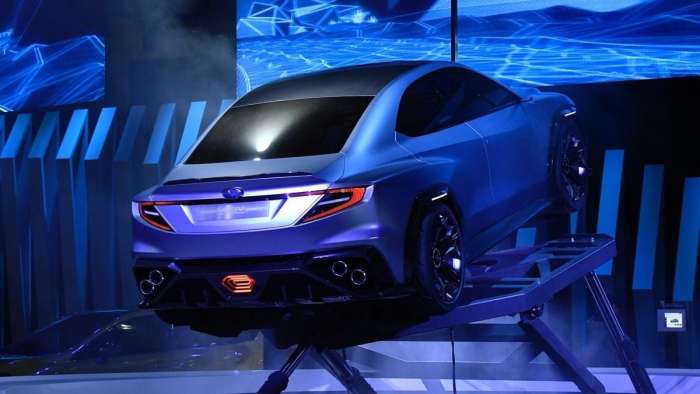 The new Subaru Levorg sports wagon just picked up an important award. See what it means for the next-generation 2022 Subaru WRX and STI.
Advertisement

Subaru has big plans for its U.S. customers, and the next-generation 2022 WRX and STI are firmly in the automaker’s sights. The performance models are next on the automaker’s timeline to get complete remodels. The new Subaru Levorg sports wagon just picked up a significant award and good news for the upcoming 2022 Subaru WRX and STI.

Subaru announced today the next-generation Levorg wins 2020 and 2021 Car of the Year in Japan. It’s a big deal because it shows performance fans Subaru is committed to building new performance models that exceed customer expectations. Subaru last won the award in 2016 for the new-generation Impreza.

Even though fans won’t see the Levorg STI in the U.S., they will be getting the new sport-tuned 2022 WRX and performance-tuned 2022 WRX STI. A new report released today reveals Subaru is giving its performance customers in the U.S. top priority over all other global markets.

That means you will be getting Subaru’s newest performance products before anyone else around the globe. The next-generation Subaru BRZ is a good example. The U.S. will get the latest sports coupe before all other world markets even see it.

The 2022 WRX and STI will ride on the new Subaru Global Platform to improve driving dynamics and give the sports cars a lower center of gravity. They will also get the brand’s latest turbocharged direct-injection technology in the 2.4-liter Boxer powerplant.

Many automakers will abandon their performance cars, but Subaru is committed to its performance lineup of WRX, WRX STI, and BRZ. What fans would like to see is the return of the WRX and STI hatchback body style.

As the global shift is to SUV and small hatchback SUVs, look for Subaru to change its performance line to reflect the changing culture.

Subaru has not confirmed any changes to the 2022 WRX and STI body style, but it’s our guess the next-generation performance cars will get a new hatchback design. It will likely happen after its initial launch and in year four, when it gets new updates. The good news now is, U.S. fans will get the latest performance cars before the rest of the globe. Stay tuned.