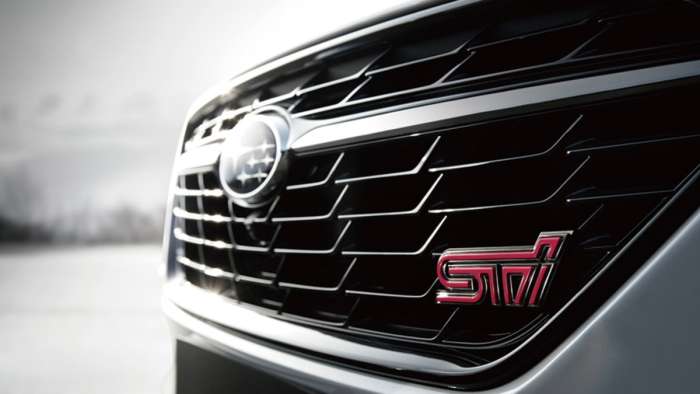 Subaru announced the new Levorg sports wagon and we get new information about the next-generation 2022 Subaru WRX and STI.
Advertisement

Subaru made significant changes to the second-generation Levorg sports wagon that the Japanese automaker sells in Japan, Australia, and Europe. We get new information from the all-new model on what Subaru has planned for the next-generation 2022 WRX and STI. We get an idea about exterior styling, new interior upgrades, next-generation EyeSight X and driving dynamics.

Recent spy photos of the WRX reveal similar changes the automaker made to the Levorg, so don’t expect a radical new design. Subaru has never brought radical changes to any new model. We don’t expect Subaru to depart from its more conservative ways when they launch the next-generation model. Just look at the new Forester and Outback. 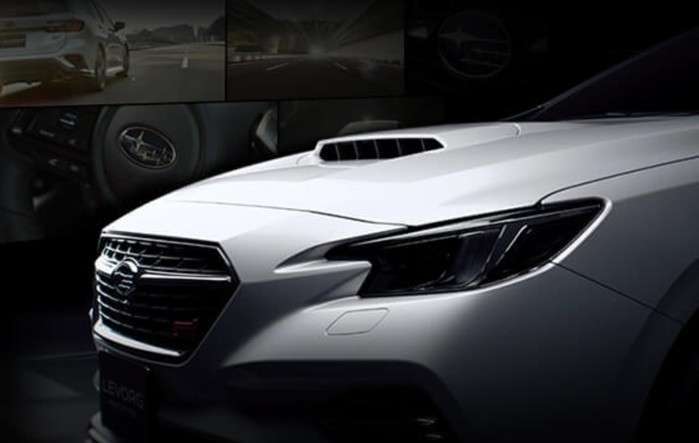 The new WRX and STI will also come with a large tablet-style 11.6-inch center display touch-screen borrowed from the newly-remodeled Subaru Outback. The old hard buttons are going away, making way for the new multi-media interface that will also offer Apple Car Play and Android Auto integration. Knobs still control the radio volume and tuning.

The second-generation Levorg images reveal the old hand brake is gone and replaced by a space-saving electronic brake located behind the gear shift. The storage bin has been moved forward with two cup holders directly in front, and the A/C vents repositioned. There is also a new chrome accent trim that runs the length of the dashboard. 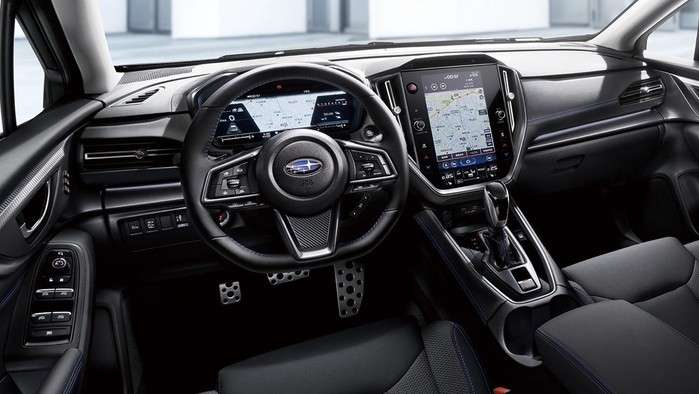 The newly-remodeled Levorg sports wagon is the first model to get the next-generation EyeSight X that offers 360-degree cameras. The stereo cameras are on all four corners of the car, and the leading-edge technology offers 360-degree sensing by combining the front and rear radars. The new EyeSight X uses 3D high-precision map data with road information for each lane. It will come on CVT equipped WRX models.

Driving dynamics
Performance enthusiasts will see noticeable changes in the 2022 WRX and STI’s driving dynamics. The car will ride on the Subaru Global Platform and Subaru says the Levorg gets a new X platform with a full inner frame structure “that enhances the skeletal continuity of the entire body and a structural adhesive that suppresses minute deformation, achieving further rigidity and weight reduction.” 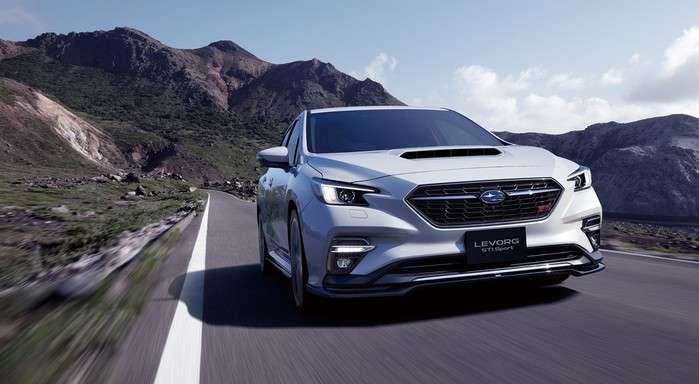 The new underpinnings will reduce vibrations and produce a smoother ride quality. The body and chassis will be 70-100 percent more rigid which will translate to improved steering response. The increased rigidity of the suspension mounting will reduce body roll compared to current models.

The sport-tuned WRX and performance-tuned STI will also have a lower center of gravity improving driving dynamics in the corners producing a more dynamic ride. Subaru says the new global platform underpinning all new Subaru models improves crash energy absorption by 40 percent over previous generation models. Expect the same in the 2022 Subaru WRX and STI.

What engine will the 2022 Subaru WRX and STI have?

The latest rumors say the STI is getting the new FA24 2.4-liter direct-injection turbocharged Boxer with plenty of upgraded internals from Subaru Tecnica International for added horsepower. Reports say it could have close to 400 horsepower.

The WRX could get the same 2.4-liter turbocharged powerplant but de-tuned, or a new Levorg-sourced 1.8-liter direct-injection turbocharged Boxer with more horsepower than the current generation performance sports car.

When will the 2022 Subaru WRX and STI arrive?

New reports say the all-new 2022 Subaru WRX and STI have been delayed because of the COVID global pandemic. Look for the next-generation 2022 Subaru WRX to arrive next spring, and the 2022 WRX STI to be uncovered late 2021 with a launch in early 2022.

You Might Also Like: Why The Subaru WRX STI Shines Bright Ahead Of A Major Remodel And What's Next

Davey wrote on October 16, 2020 - 11:49pm Permalink
2007 to 2008 was a radical change
Paul Fosse wrote on October 17, 2020 - 8:21am Permalink
Will that be Subaru’s last refresh of gas cars? Or do you think they will try to compete with the fast and cheap EV’s coming out from everyone with another round of gas cars?
Paul Richard Stabin wrote on October 17, 2020 - 11:49am Permalink
Sounds like Subaru is making two popular enthusiast choices even better. If the ride smooths out while the handling sharpens up, with more power, that is a big win. The potential loss of a handbrake will be missed but, speaking as a Civic Type R owner with the e-brake switch, you get a better center console, and a cool sound when engaged. But no handbrake turns. Which would be a pity. Overall, great news!
Sakari wrote on October 18, 2020 - 1:30am Permalink
Never again, because Subaru offers only of CVT’s. ITS weak for high power engines.
Jason wrote on October 19, 2020 - 9:46am Permalink
I'm so disappointed at the thought of an electric handbrake in an STI. I drove a manual transmission car with one of those for 5 days and I couldn't stand it compared to a mechanical one. I couldn't care less about the space it saves, it makes the car less fun and that's the most important reason why I choose a car. To me, there's a such thing as too much technology (and I generally love tech).
Paul Richard Stabin wrote on October 30, 2020 - 12:09pm Permalink
Agreed. If I could wave a magic wand and have a manual handbrake lever appear in my Type R I would do so. And of course, shorten the turning circle three feet while I'm dreaming...but otherwise love this car.
wilbur wrote on October 29, 2020 - 10:19pm Permalink
When will the STI get a proper DSG auto transmission..? We're tired of manual gear shifting ...After all , Ferrari hasn't produced manual shifter cars in 10 years....Come on Subaru...!
Jason wrote on October 30, 2020 - 9:32am Permalink
Who's this we? An automatic (which is what a DSG is, there's no clutch pedal) would be a deal breaker for me. I couldn't care less if that's faster, I find a manual so much more enjoyable to drive. Why would you not just buy one of the cars with a DSG currently if that's what you want? I don't understand people wanting all cars to be alike. Not to mention, I don't see Subaru having the budget to add a DSG to their halo car anyways. It'd have to be across all models to make it economically feasible. And they already have a CVT to fill that spot.
You Moron wrote on November 15, 2020 - 8:59am Permalink
Sounds more like you do not know how to drive a manual transmission car. If you don't want to learn, you don't want the car. It is that fucking simple