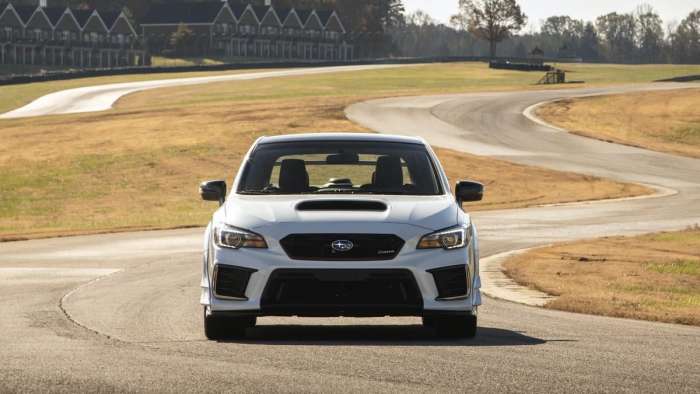 Are the rumors of a next-generation Subaru WRX STI with 400 horsepower true? We read all the reports and give you an opinion.
Advertisement

You have probably read some of the recent reports out that the next-generation Subaru WRX STI will pack 400 horsepower and 361 lb-ft of torque. We have read all the reports and the latest one from Forbes says they are getting this information from “sources close to Subaru” telling them the new-generation STI will be powered by the Ascent-sourced FA24 2.4-liter turbocharged Boxer powerplant.

Torque News reported this would be the STI’s new engine in April 2018 when Road & Track reported Subaru Corporation would use the new 2.4-liter turbocharged Boxer in the next-generation Subaru WRX STI replacing the aging EJ25 used in the current model. Now Motor Trend and Car and Driver are reporting the same thing.

The new FA24 turbocharged Boxer develops 260-horsepower at 5,600 rpm and has a broad peak torque band of 277 lb-ft between 2,000 and 4,800 RPMs. It’s currently used in the Ascent, Outback, and Legacy models. Subaru Technica International STI could easily rework the internals and bump up horsepower and torque considerably if they use it in the new WRX STI. Subaru could also use the powerplant mated with new hybrid technology being developed now with Toyota.

We think the STI engine pumping out 400 horsepower and 361 lb-ft of torque is pure speculation. It’s possible STI, Subaru’s performance partner could get that much horsepower from the 2.4-liter engine, but would Subaru go from 310 horsepower the current model produces increasing it 90 more horsepower? 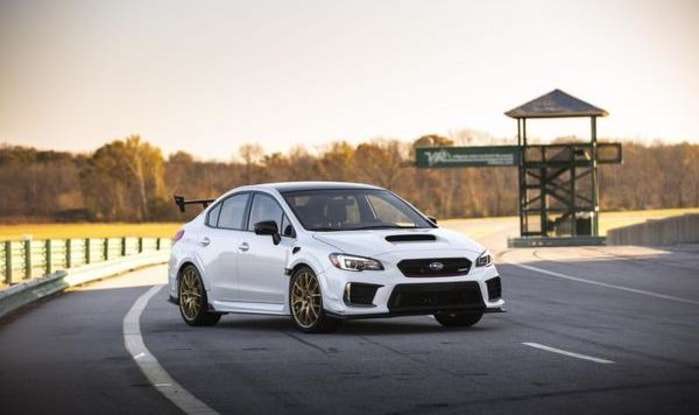 Subaru is not talking about the next-generation STI so it’s anyone’s guess how much horsepower is coming. We think the next-generation 2021 Subaru WRX STI will likely produce closer to 325-350 horsepower, similar to the exclusive limited edition S209 STI pumping out 341 horsepower and 330 lb-ft of torque. This would put the new STI in line to compete with the new Volkswagen Golf R reported to be coming with 328 horsepower, a 37 horsepower increase over the current model.

The all-new next-generation Subaru WRX STI will likely make its global debut sometime next year as a 2021-2022 model. It could get the new FA24 2.4-liter turbocharged Boxer engine as its new powerplant, but how much horsepower and torque it will be getting is pure speculation. Stay tuned. 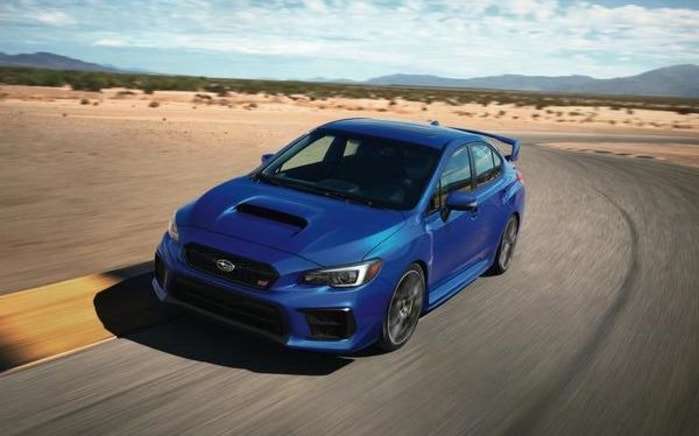 Will the WRX STI be powered by the FA24 turbocharged engine?

You Might Also Like: Why You Should Choose A New Subaru WRX STI, Crosstrek, or Forester And Not Buy Used

Brandon wrote on March 2, 2020 - 10:13am Permalink
I don't know, it doesn't seem like "pure speculation" given that such specific HP and torque figures are cited in the original Forbes article. Besides, 400hp is easily obtained with relatively cheap bolt-on parts on the current STI and I'm sure Subaru has some idea what % of those modded STI's are on the road and how much people tend to spend on aftermarket parts to obtain that performance. Pure and simple, the Market for sports cars has moved up a bracket in HP output and the STI hasn't really been all that profitable for dealerships in quite a while in the US. Subaru owners aren't willing to spend more than MSRP on an STI and are wary of the warranty issues once they start to modify the cars. If Subaru is going to give Dealers a PROFITABLE flagship model that doesn't destroy their relationship with their customers over warranty issues, they are going to need to make a more powerful, more expensive car that's also more advanced and difficult to modify. I wouldn't be surprised to see a 400hp STI starting at $45,000 off the lot and a very expensive options list and possibly some hybrid tech or more advanced ECU which can't be modified without leaving breadcrumbs for a Dealership to void warranties on.
Joshua wrote on June 24, 2020 - 9:15am Permalink
The problem is that these rumors are still rumors (Forbes didn't even name a real source, already dubious) and a lot of them coming from the same publications who have repeatedly published articles about the fabled Turbo BRZ and other nonsense that will never happen (you can actually quote Subaru and Toyota on that one). 400HP isn't even a specific figure, flat figures like that always make me skeptical. Combine that with what the already turbo FA24 is able to do and it seems like a hell of a stretch to get that much more power out of it. The EJ2.5 which is larger,has a bigger turbo, and a higher compression ratio only gets 310 from the factory. The current FA24 in all models pits out just 260. Where is 140 horsepower going to come from? Adding 50 to be back at 310 seems easy with some stroking, compression, and PSI, but getting another 100 on top of that is not something I can see the factory spec achieving.