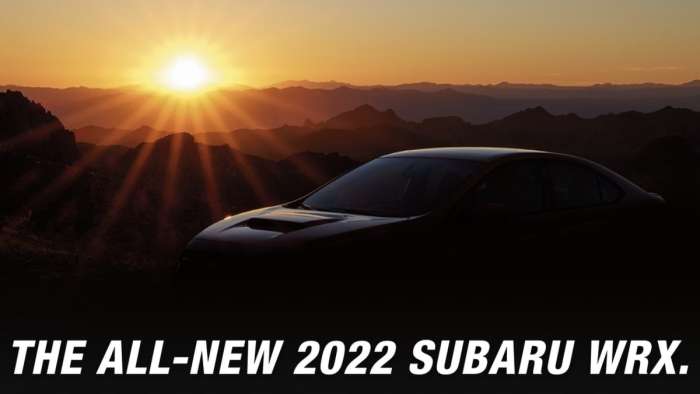 The all-new 2022 Subaru WRX will make its global reveal this year, but when? Check this out and five other things to know about the next-generation WRX and STI.
Advertisement

Subaru of America teased the next-generation 2022 WRX performance sedan, but true to the automaker's secretive nature, they didn't reveal anything. SOA only said the world premiere of the all-new WRX is coming, and you can watch the unveiling live. That's all they said. When will they reveal the new WRX?

The 2022 Subaru WRX could be delayed

Because of COVID and recent plant closures because of the global microchip shortage, the next-generation WRX launch could be delayed. Reports from Japan say the new performance sedan won't be revealed until October. The 2022 WRX retailer launch could be pushed into early 2022. 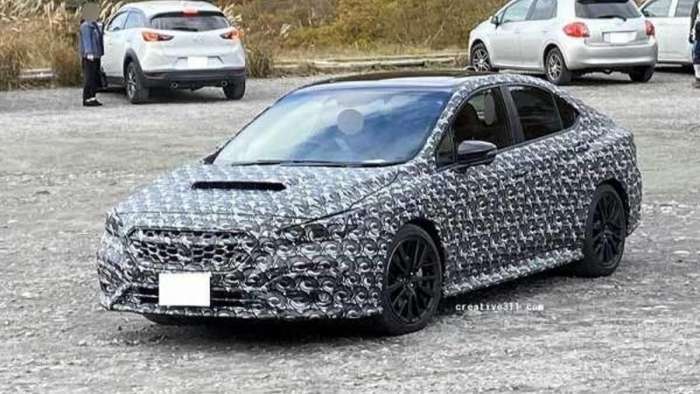 The teaser image of the 2022 WRX from Subaru shows a sedan body style which is no surprise. Only sedan test mules have been spotted recently and not a hatchback. Performance fans want one, but with Subaru's limited resources, don't look for a WRX or STI hatch anytime soon.

The 2022 WRX will get a new 2.4-liter turbocharged engine

There have been numerous reports about the new engine in the 2022 WRX, and it's likely an FA24 2.4-liter direct-injection turbocharged Boxer powerplant. Recent reports say the WRX will have around 286 horsepower, an 18 horsepower bump over the outgoing 2.0-liter turbocharged engine. 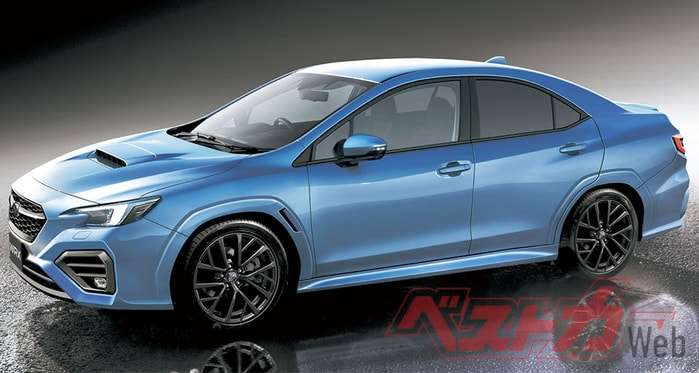 The 2022 Subaru WRX will launch before the next-generation STI

The next-generation Subaru WRX will launch ahead of the STI. This is also likely due to COVID, plant closures, and production delays. The WRX will be uncovered sometime this fall, and the all-new WRX STI will come a full year later.

Subaru could skip a year with the WRX STI

The Subaru WRX STI could skip a year like the Japanese automaker skipped the 2021 BRZ before the second-generation BRZ sports coupe arrives. Subaru will most likely continue to sell the STI as a 2022 model with no changes. The next-generation STI will probably make its global reveal in late 2022 and launch as a 2023 model year that spring. 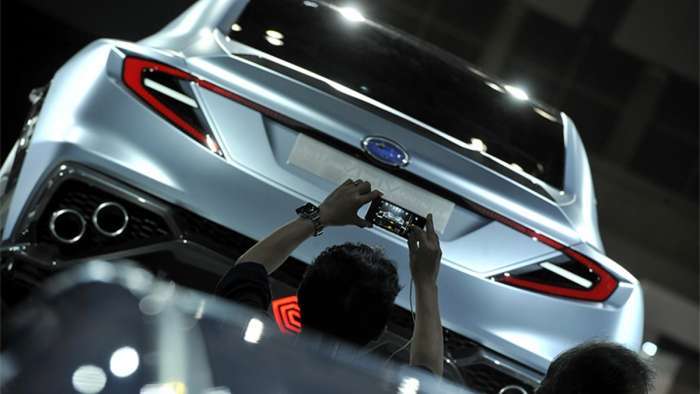 Some Subaru retailers have run out of the sport-tuned 2021 Subaru WRX and performance-tuned 2021 WRX STI. A Subaru source told us they have ordered more sports cars, but it could be August or September before they arrive. Stay tuned.

You Might Also Like: It's Been A Crazy Year! A Used Subaru WRX and STI Now Cost More Than A New Model

James wrote on July 8, 2021 - 10:15am Permalink
Not like anyone can afford one until 2031.
Jason wrote on July 8, 2021 - 3:13pm Permalink
I can live with the looks of the new car other than those wheel arches. I don't like the angular look to them at all. I think rounded ones look so much better that it actually could be a deal breaker for me. Maybe the aftermarket will have a fix for those if they turn out to be on the production model. It's like the grille on the new 3 Series from BMW, at least there's a company with an aftermarket front bumper that looks good for that car.
Daniel Masterson wrote on July 9, 2021 - 9:34am Permalink
I am real excited about the new WRX but probably wont get one unless the top trim comes with some Brembos. I got my BRZ Limited with them and I'll never go back.
unixplayerone wrote on July 10, 2021 - 6:27pm Permalink
Actually there are more people can afford the new generation WRX STI than a Porscheor Telsa. Seriously, I cannot wait until the new generation WRX STI comes out, I love the the new generation WRX STI amazing design. Congrats! Subaru. Excellent design.
S wrote on July 24, 2021 - 2:14am Permalink
Hmmm... by the looks of it, I'll probably pass. It seems underwhelming... I have a 2016 WRX, fully paid for, and I'd love to buy an STI with 400hp but I'm guessing simply by the looks I'll be disappointed. It's been a nice car minus the throw bearing being crap since I got it (and have had it replaced). Without a substantial power increase I know I'll be passing up the 2022 version for sure.
Kenton NJ wrote on August 9, 2021 - 8:06am Permalink
Eh there's no WOW factor with the looks. Subaru dropped the ball on this one it should look more like the concept that everyone loved. I'll pass.