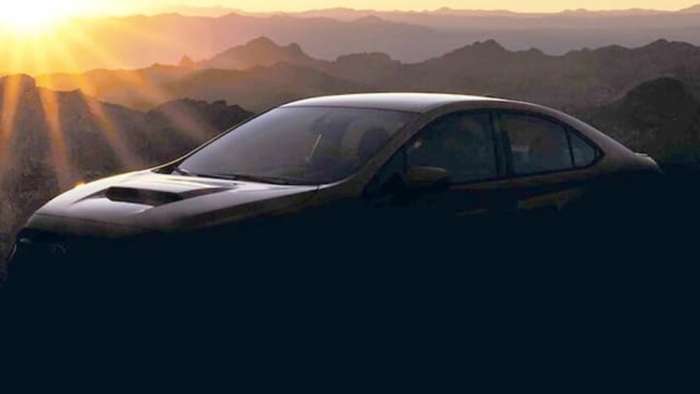 Subaru teased the 2022 WRX sports car, but it's a sedan and not a hatchback body style. Will Subaru ever bring back the STI hatch?
Advertisement

Subaru of America just teased a new picture (enhanced image above) of the all-new 2022 WRX sports car, and we now know it will be a sedan and not a hatchback body style. Performance enthusiasts have been asking Subaru Corporation to bring back the WRX and STI hatch since the automaker dropped it in 2015.

But it won't happen anytime soon because the image Subaru released and spy shots are of a sedan performance car. It's not a surprise since Subaru Corporation is slow to make significant exterior changes to any models in its all-wheel-drive lineup. 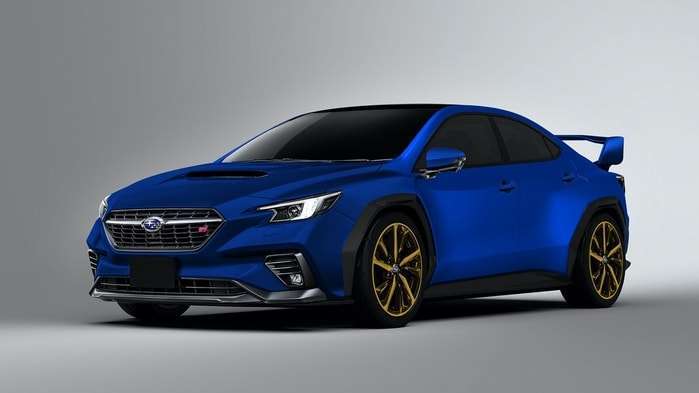 Look at the Forester, Outback, and Crosstrek, and exterior design changes are minimal. Subaru has had success with this formula, and they aren't about to change it now. They will offer performance fans more power and new engines for the next-generation 2022 WRX coming this year, and the STI revealed next year.

The new-generation WRX STI would benefit from a hatch body style to compete with the Honda Civic Type R and new 2022 Volkswagen Golf R hot hatches. It does have its place in the performance car lineup and offers improved utility and cargo-carrying ability. Subaru has not said whether they will bring back the 5-door hatch, but we are betting they won't anytime soon. 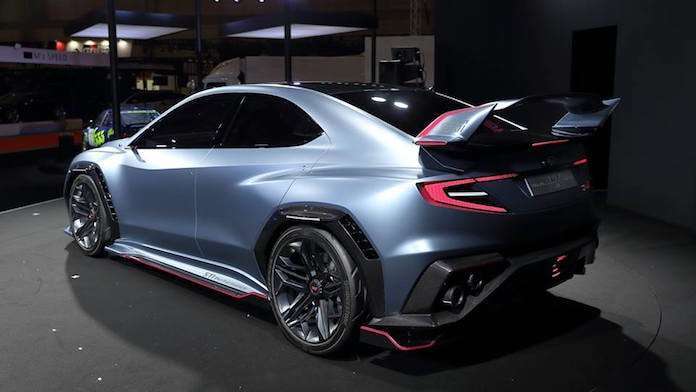 Subaru won't get too crazy with the performance car's new design. Look at the next-generation Levorg sports wagon to get an idea of what the 2022 WRX and STI will look like when it arrives.

WRX and STI get a new turbocharged Boxer engine

Subaru Corporation will drop the EJ25 2.5-liter turbocharged Boxer engine in the new STI. Subaru has not confirmed anything yet, but sources close to the Japanese automaker say they will likely put the new FA24 2.4-liter engine turbocharged engine in the next-generation WRX and STI. The new direct-injection engine will be an improvement and could pump out around 386 horsepower in the all-new STI.

The teaser released this week reveals Subaru will not bring back the hatchback body style anytime soon. Look for Subaru of America to fully uncover the 2022 WRX sedan sometime late summer or early fall 2021. Stay tuned.

You Might Also Like: Report - A Used Subaru Crosstrek And WRX STI Now Cost More Than A New Model

Paul wrote on July 4, 2021 - 10:15pm Permalink
I keep on seeing announcements of ICE vehicles.. Geez does anyone look at gas prices? Today I saw 1.73/ltr and there is no reason for it to drop. Subaru please stop development of outdated tech and focus on either electric or hydrogen...even just for your own sake if that's the only motivation you can muster.
Pjamies wrote on July 5, 2021 - 3:14pm Permalink
Agreed, time to seriously consider moving to an EV based platform! Give it strong torque to match\exceed the current numbers & a 30min recharge time (0~80%)!
Matthew Michael... wrote on November 14, 2021 - 1:42pm Permalink
I'll take my ICE vehicles any day compared to an electric.
2loki4u wrote on July 5, 2021 - 10:44am Permalink
Dear Subaru... for the love of enthusiasts, please make the production VIZIV Concept a reality or just transplant the new 2.4dit into the existing body of the current STI and update the interior to look like the new levorg... Images we've seen of the 2022 WRX are scaring a lot of the current fan base and frankly subie owners aren't looking for aToyota with a subie badge... The thrashing the 22 WRX has been getting isn't the usual resistance to change - it's a total disappointment, just like it not being available with a manual... For Me, I'm waiting to see with hope , that maybe the sti will be closer to the VIZIV without costing over 50k - if not, I sure hope you're going to have a lot of 2021 STIs on dealer lots cause they're going to move like hot cakes if you bugger this... I'm already wondering if I am making a mistake not buying a 21 now, but the promise of the new fa24dit in an sti is mouthwatering for enthusiasts... Don't blow this - or you'll be handing a huge market share of enthusiasts elsewhere... just read any posts in nearly any forum of the fear we have are seeing the 2022 wrx or Toyota or whatever that thing is...