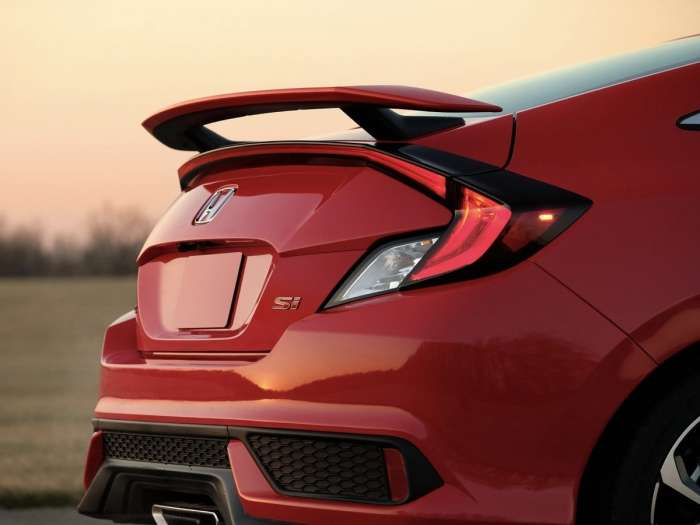 2019 Honda Civic Si; We Get Excited About A New Radio Knob

The top-selling Honda Civic comes in sporty Si trim and gets new upgrades for the 2019 model year. See why a new knob should get you excited.
Advertisement

2019 Honda Civic Si Sedan and Coupe comes with a number of interior improvements, and a new knob will get you excited. The Civic Ci also gets new exterior colors and improved Bluetooth integration with easier device pairing.

You wouldn’t think anyone would be excited about a knob, but the most notable new upgrade of the 2019 Civic Si is the volume knob on the audio system. The 10th generation Civic lacked a volume knob and came with a weird slider in its place that was difficult to use. Honda listened and brought a traditional volume knob to the top-selling Civic and now on the sporty Si trim.

Nothing changes under the hood for 2019. The Honda Civic Si is powered by a turbocharged 1.5-liter I4 engine with direct injection producing 205-hp and comes standard with a 6-speed manual gearbox, a helical limited-slip differential, and an adjustable two-mode adaptive damper system.

The 2019 Honda Civic Si Sedan and Coupe should begin arriving at Honda showrooms November 1, 2018. The Civic Si Coupe and Sedan are great choices for performance fans with both starting at $25,195 (+$200) including destination.

Jesse wrote on October 28, 2018 - 7:55pm Permalink
So disappointed they didn't change the rear of the sedan to get rid of the tacked on oversized plastic fake vents. It just destroys the overall look of the car. The coupe looks sooooo much better. And would it kill Honda to bump HP by at least 10 via a simple ECU tune.