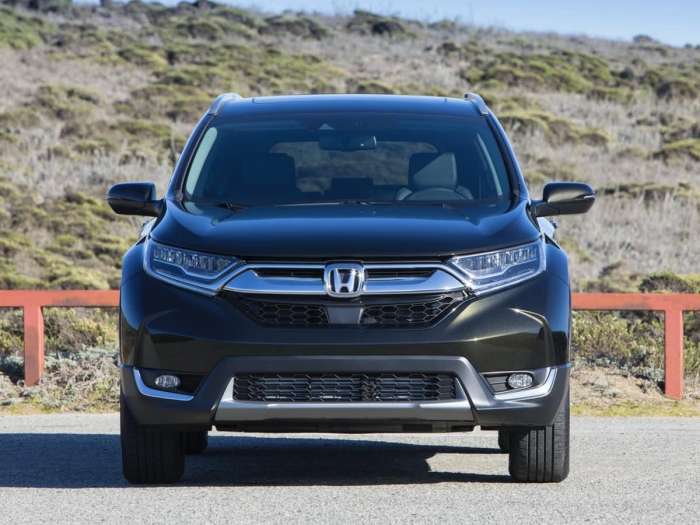 Honda is known for building reliable cars, but they drop this year in the Consumer Reports reliability survey. See where they rank for 2018.
Advertisement

Honda has a reputation as one of the most reliable brands among all automakers, but they dropped significantly in the latest Consumer Reports reliability survey. Honda Motor Co moves down six spots in the survey and dropped to 15th place among all automakers. Porsche, Mazda, and Hyundai moved ahead of the Japanese automaker. Acura, Honda’s luxury brand, moved up six spots to #13.

According to Consumer Reports, Honda’s reliability dropped because of its new and redesigned models. CR says, “The Odyssey minivan had much-worse-than-average reliability, with problems including the infotainment system, and door locking and unlocking. Honda’s Clarity line of alternative-fuel cars had much-worse-than-average reliability as was the brand’s least reliable vehicle. Reported problems included electronic glitches.”

The Honda Fit hatchback is Honda’s most reliable vehicle in the lineup. The subcompact is a fuel-efficient city commuter with versatility with its five doors. The Honda Accord, the brand’s third best-selling vehicle in the lineup, dropped to average in reliability, with problems including the infotainment system and interior rattles. Accord sales are down -13.6 percent for the year even after the four-door sedan received a complete remodel for the 2018 model year.

The popular Honda CR-V, the brand’s top-selling vehicle in the stable of vehicles, also dropped to average and sales are down -4.1 percent in 2018. Honda fully-redesigned the popular model for the 2017 model year with more comfort inside, more fuel-efficiency, and more versatility. The exterior was completely restyled and is more attractive and modern looking.

The Honda Civic, the brand’s hot new compact, hasn’t dropped in reliability. Sales are up +0.3 percent and the new Honda Civic Hatchback is sporty, fuel-efficient, fast, turbocharged, fun-to-drive, and has the utility of a hatch. The Civic with the 6-speed manual rower is the way to go if you like to drive. It has quick throws and smooth shifts making it a joy to drive. The 1.5-liter turbo feels extra quick, thanks to the additional, steady low-end torque.