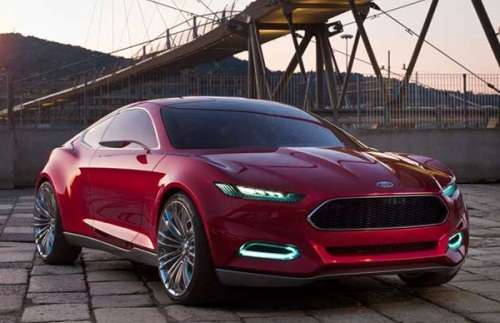 Spy photos of a next-generation Ford Mustang show it with an all-new independent rear suspension.
Advertisement

There has been much speculation about the next-generation Ford Mustang, and what type of suspension it will have. According to Car and Driver, a 2015 Ford Mustang prototype was spotted and it wasn’t much to look at on the outside, but underneath, the test mule revealed a noticeable change to the rear suspension. The solid rear axle was gone and a new independent suspension with aluminum control arms was clearly evident.

What this means for the 2015 Ford Mustang, is that we can say goodbye to the old pony car of the past, and usher in the new global design that has been long overdue. In a recent article here on the 2015 Ford Mustang, we have talked about the new exterior global design that will likely look like the Ford Evos Concept car. It looks like Ford will not only address the much needed exterior design changes, but will also revamp the antiquated suspension on the Ford Mustang.

Why change the suspension?

The current Ford Mustang uses a solid rear axle which is fine for going fast in a straight line down a drag strip. But the new 2015 Ford Mustang is going to be sold around the world and will need to appeal to a whole new buyer. Not only will it get new exterior styling, but the new global car will weigh less, and the new more responsive independent rear axle set-up will improve the driving dynamics and also appeal to the European buyer who is used to driving fast through the curves. Independent suspensions offers better ride quality and handling characteristics, due to lower unsprung weight and the ability of each wheel to address the road independently of the other wheel.

The next-generation Mustang will finally embrace its future as a legitimate global sports car. Even though Ford initially tested the current 2013 Ford Mustang with an independent rear suspension, they ultimately decided to stay with the straight axle because of cost. Independent suspensions require additional engineering effort and expense in development versus a straight axle arrangement. As a result, a very complex IRS system can result in higher manufacturing costs.

The 2015 Ford Mustang will be new underneath

Look for Ford to redesign the 2015 Mustang inside and out for the 50th anniversary of the car. Included in the overhaul is styling inspired by the Evos Concept . Also set to help revolutionize the 2015 Mustang will likely be a direct-injected EcoBoost turbocharged 2.0-liter four-cylinder engine. The new engine will allow the 2015 Ford Mustang to offer outstanding performance and be fuel-efficient.

While many of the Ford Mustang faithful will protest the extreme changes coming, Ford will have to make the changes to keep up with the competition. The Chevrolet Camaro isn’t the only game in town. There are also cars like the Hyundai Genesis Coupe, 2013 Subaru BRZ, and 2013 Scion FR-S to worry about.