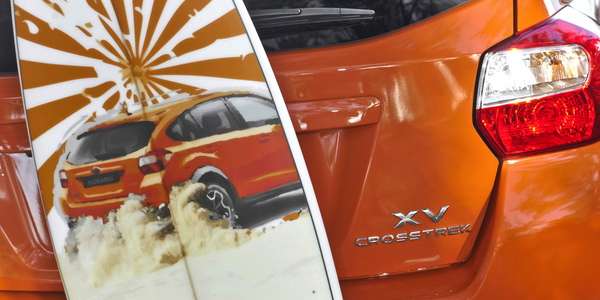 Subaru just keeps setting blistering sales records as January starts the year on record pace. The Japanese automaker, which has set sales records for the past five consecutive years, announced its best ever January sales of 33,000 vehicles, a 19% increase over January 2013. The all-new 2014 Forester SUV and XV Crosstrek crossover are two top selling models in the lineup that are leading the way.

Subaru has been able to ramp up production of both multi-use vehicles and January 2014 sales are up in a huge way for Forester at 64 percent and XV Crosstrek up 74 percent over the previous January. Subaru has been able to attract new active buyers to the brand who are drawn to their niche-market all-wheel-drive vehicles for everyday and recreational use. Subaru expects the momentum to continue throughout the year as they have new launches coming up. The 2015 WRX and 2015 WRX STI performance vehicles will be launching later this summer.

Thomas J. Doll, president and COO of Subaru of America said; “It's great to start the year off in such positive fashion. Attending the National Automotive Dealer Association meeting last month, we could see that our retailers are in a buoyant and positive mood. We have a lot to look forward to in 2014.”

Another new launch will be the all-new completely redesigned 2015 Subaru Legacy sedan that will make its global debut at the Chicago Auto Show this week. Subaru is expecting the new coupe-like styling to create new excitment for the aging flagship sedan. The 2013 Legacy has been lagging in sales and January saw a 14 percent drop in sales over the previous month last year.

But Forester and XV Crosstrek will continue to be the vehicles leading the way until the 2015 Legacy starts production this year. William H. Cyphers, senior vice president of sales said; "Our crossover models are the mainstay of our growth but we expect our sedan models to follow that trend in 2014 with the launch of the all-new Legacy which will take that model into new territory."

Performance and sport continue to be alive and well at Subaru. WRX and BRZ models are also doing well as the new year starts. 2014 Impreza WRX had an increase of 17.4 percent and the two-door coupe 2014 BRZ an increase of 27.9 percent in January.

It looks like Subaru could be heading for their sixth straight year of record sales as 2014 Forester and XV Crosstrek continue to lead the lineup. With the 2015 WRX, 2015 WRX STI and 2015 Legacy getting ready to launch later this year, it could be a very strong sales year again.