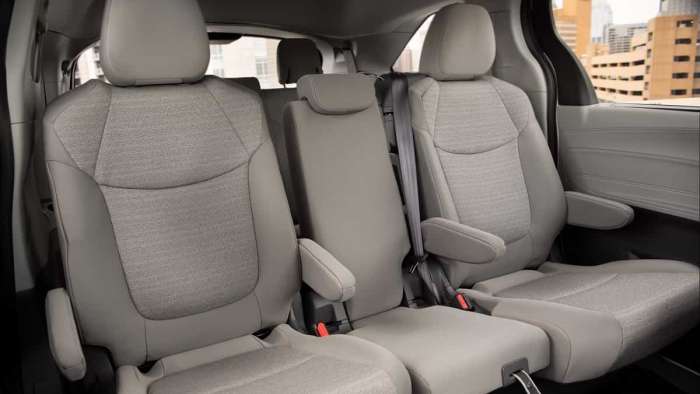 Those shoppers looking to buy an all-wheel-drive green vehicle that can seat 8 passengers should start at Toyota.
Advertisement

Many minivan and crossover shoppers have large families. While the seven-passenger, 2-2-3 seating arrangement is popular among many such families, there are those that want the seven-passenger option. At Toyota, such shoppers will find two great options. Both the Highlander Hybrid AWD crossover and Sienna AWD minivan offer a 2-3-3 seating arrangement with three middle row seats and also three-third-row seats.

All-Wheel Drive With 8-Passengers
While other companies do offer an 8-passenger minivan or crossover, or an all-wheel-drive vehicle, or a green vehicle, only Toyota offers shoppers a choice of two models that combine all three. You won't find such a vehicle at Tesla, or at Chrysler.

Toyota's Highlander Hybrid AWD is the crossover model. The Toyota Sienna AWD is the minivan option. Both can be combined with all-wheel drive and eight passengers. 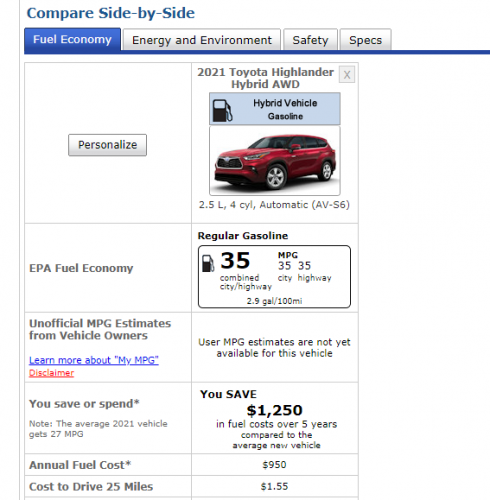 Sienna AWD and Highlander AWD Fuel Economy
Typically, eight-passenger or all-wheel drive vehicles tend to be gas guzzlers. Combine the two, and the fuel economy suffers even more. Not so with the Toyota Sienna AWD and Highlander Hybrid AWD. Both have outstanding fuel economy. The Highlander Hybrid AWD is rated at 35 MPG by the EPA. The Sienna AWD with its hybrid engine standard earns a 36 MPG Combined EPA estimate. In our recent testing of the Sienna this week, we observed 38 MPG in real-world highway and suburban driving.

Related: 2021 Toyota Sienna Will Save Its Drivers $14,000 In Fuel Costs And More In Repairs

What's more, both have outstanding power and torque. The Highlander Hybrid AWD is rated at 243 hp and the Sienna AWD rated at 245 hp. However, it is the instant electric motor torque that provides the most satisfaction. Neither vehicles use a geared transmission, and neither relies on a turbocharger for its power. Therefore, the push you want comes much more quickly than in a conventionally-powered vehicle. No turbo lag and no waiting for the vehicle to downshift means faster performance.

Those families with a need for eight passengers but who also want all-wheel drive and outstanding fuel economy have just one brand at which to shop. The only question is whether the Highlander Hybrid AWD or Sienna AWD is the pick they prefer.

Dave wrote on November 4, 2020 - 4:47pm Permalink
The 2021 Sienna XLE AWD does not come with 8 seats, only the FWD does according to toyota.com website. So if you want AWD and needs 8 seats, you pretty much out of luck, not sure if the new Pacifica AWD come with 8 seats. If Toyota would have a stronger battery or engine, they could have fit the new Sienna with larger wheels, those 17" just doesn't look right.
Lydia wrote on November 15, 2020 - 3:58am Permalink
I second Dave’s comment. The Toyota Sienna 2020 does not have and 8 passenger AWD option. The 8 seat option is only offered on two lower models in FWD. This article is incorrect. Very disappointing that there isn’t an 8 seat option in the upper models nor is the 8 seat offered AWD. After all minivans attract the attention of large families with three plus children. Then the Honda Odyssey is a better option as it offers a nicer interior, a more spacious cabin, extra side storage in the trunk area, and 8 seats in all models in FWD but also a new snow button feature with better traction.
James wrote on December 15, 2020 - 1:09am Permalink
The 2021 Toyota Sienna is offered with 8 seats and AWD but only in the base LE trim. You can also only get 8 seats in the following: LE FWD, LE AWD, or XLE FWD.