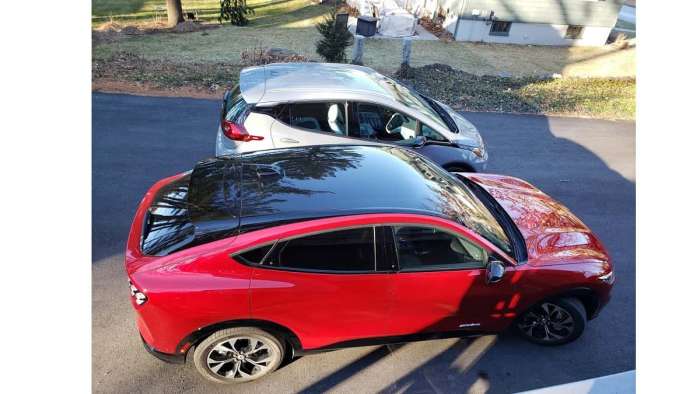 We are testing the Mustang Mach-E back to back with the 2021 Chevrolet Bolt. It’s amazing how far the industry has come in five years. Can you guess where will be in 2026?
Advertisement

Five years ago, the 2016 Chevrolet Bolt became the first affordable battery-electric vehicle (BEV) offered by an American brand, unless you count the EV1. It was the exciting follow up to what can only be called a successful run by the Chevy Volt extended-range EV. 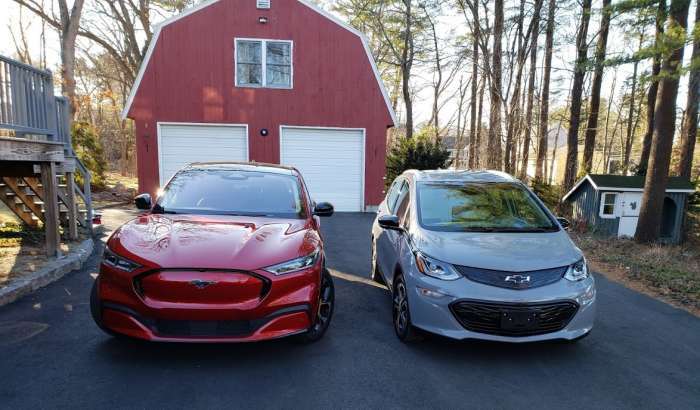 The Chevy Bolt was impressive enough then to earn prestigious awards, and most of the press loved the Bolt. MotorTrend called the Bolt "The Car Of Tomorrow." MotorTrend's executive editor Mark Rechtin said, "Chevrolet has made affordable long-range electric transportation available to the masses. Elon Musk should be afraid. Very, very afraid." We will pause while you giggle about that.

We still love the Bolt. It’s fun to drive, modern, and it makes great use of its space. The Bolt also earns a higher IIHS safety rating than the Tesla Model S. Other than the Bolt's recent battery scare, the car has proven to be very reliable for owners. With a consumer cost in my state of around $23K, the Bolt is also the best commuter car value hands-down.

Mostly by coincidence, but also because of Torque News' green vehicle focus, Chevy put a 2021 Bolt BEV and Ford put a Mustang Mach-E BEV in our paddock for testing on back to back weeks. Both are current model year vehicles. And - are you ready for this - they nearly overlap on price. You would not guess that from the top of page image, would you?

As good as the Bolt is, and despite widespread respect for the Bolt as an affordable BEV, Chevrolet is having a hard time finding interested buyers. If you configure a loaded Bolt Premier on the GM page you will find it has a price of $43,380. However, Chevy throws an $8,500 discount at you before letting you leave the configurator. Imagine, a discount that large before you even speak to a salesperson! Dealers in New England have trumped that with five-figure Bolt discounts for the past year. The bloom is off the Bolt’s rose apparently, despite it being a groundbreaking BEV in just its fifth year of production.

The Mustang Mach-E is better at almost everything than the Bolt, but not at the Bolt’s selling price. In fact, despite the “list” pricing being danger-close ( the Mach-E starts at $43,995 before its $7,500 income tax incentive), the consumer cost of the Bolt is still much lower. And given the newness of the Mach-E, we presume dealers will be selling them at MSRP. 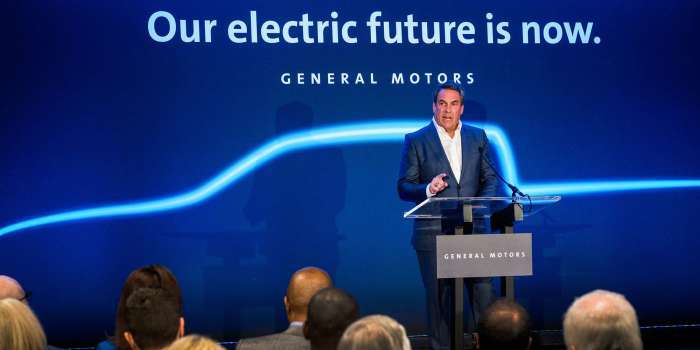 Chevrolet is overdue for a new BEV offering in America. The prototypes are done, the plants are being built, and the battery infrastructure developed. We trust GM is about to make a big move.

Looking at the Bolt side-by-side with the Mustang Mach-E has us wondering what amazing new BEV will be in the driveway in five more years and who will make it? Our money is on one of these two companies. What’s your guess?

Tsingshan's Threat to Tesla: EV Maker Is In Battery Crosshairs
Tesla-Funded Research Reveals One of The Biggest Mysteries of EV Battery
END_OF_DOCUMENT_TOKEN_TO_BE_REPLACED