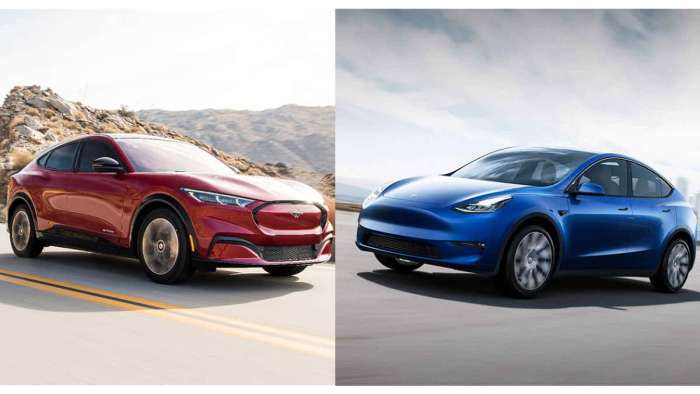 The Ford Mustang Mach-E Extended Range All-wheel Drive Premium is better than the Tesla Model Y in three key ways. Here is why Tesla's Model Y is no longer the only game in town.
Advertisement 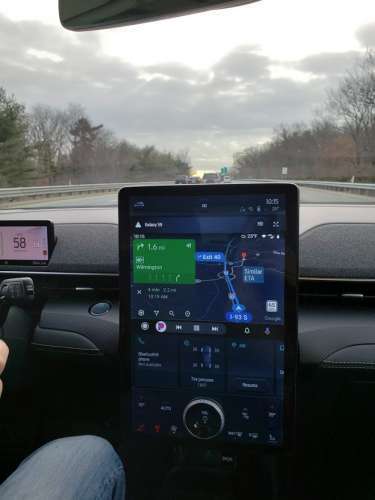 Ford Mustang Mach-E vs. Tesla Model Y - The Mustang Mach-E Has a Better Infotainment Package
Tesla pioneered the "one huge screen" infotainment design. That was almost nine years ago. Since then, every automaker from Subaru to Ram has taken the best parts of that design and improved on it. Ford has a larger main screen than does Tesla, and Ford augments that with features Tesla does not. The Mach-E has a large central volume knob, sensible steering wheel controls similar to those found in other premium vehicles, and a superb driver information screen at the top of the driver's-side dash. Ford also incorporates wireless Android Auto and Apple CarPlay. Tesla doesn't have any form of these smart device integration apps. 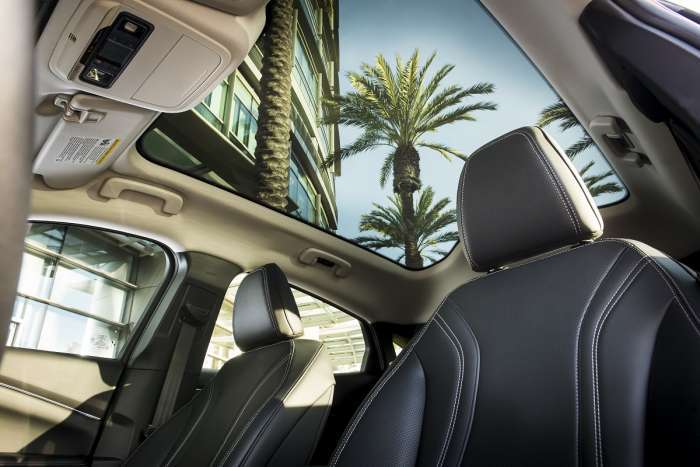 Ford Mustang Mach-E vs. Tesla Model Y - The Mach-E Offers Better Interior Features
If you like the large glass roof in the Model Y you will love the one in the Ford Mach-E as well. However, the similarities pretty much end there. Ford offers perforated seats in the Mach-E. By comparison to the unadorned look of the Model Y, the Mach-E has a richer and more premium interior design.

Where does the Model Y shine? It offers a longer range, Supercharging, optional third-row seating, and the promise of evolving upgrades among other advantages. Until this month, the much more expensive Jaguar I-Pace was the only other BEV option to the Model Y. That has now changed with the introduction of the new Ford Mustang Mach-E. If you are shopping for a Tesla, do yourself a favor. Test drive a Mach-E back to back with a Model Y. Tell is in the comments below which you liked driving more.