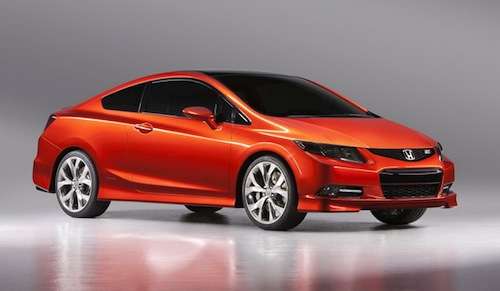 The contest is sponsored by the 2012 Honda Civic Tour, which features Linkin Park, Incubus and Mutemath.
Advertisement

Do you want to party like a rock star? Well, it’s possible thanks to the 2012 Honda Civic Tour. The HCT is giving automotive and music fans a treat starting today, July 12, 2012. Fans can enter to win a Honda Civic Si Coupe and CBR250R motorcycle, autographed and customized by rock band Linkin Park.

Both Honda vehicles were designed with the help of Linkin Park, making them a truly unique prize. Mike Shinoda of Linkin Park remarked, "The idea for the customization on the car was to take something based on the artwork from our new album, LIVING THINGS. The 3-D figure you see on the album cover is actually a scan of Chester's head breaking apart and fracturing, with fire underneath. We took those visual cues, and tweaked it to look cool on the Civic Si."

Lead singer Chester Bennington added, "This was some of the most complicated artwork they've ever done for a car on this tour, and I'm grateful that Honda let us put this much time and energy into making it look so awesome. I really hope that whoever wins it appreciates the quality of the artwork that's on it as much as we do!"

The modified Civic Si features an elite Honda Factory Performance aero body kit, containing front, side and rear underbody spoilers. The CBR250R also boasts a unique design, which includes the Linkin Park logo on the side panels and the HCT emblem just below the windshield. The band mate’s signatures are on the motorcycle’s gas tank. Like the Civic Si, the CBR250R was inspired by Living Things' album artwork.

As if that were not enough, fans can enter to win a one-of-a-kind trip to Los Angeles to meet Linkin Park on the set of a music video shoot. The winner will also receive one autographed guitar, practice amp signed by the band, and an autographed five-piece drum kit. Lastly, the winner’s Los Angeles trip includes a sightseeing tour and dinner for two in Hollywood, CA. This Grand Prize package is worth over $5,000.

Click HERE for a chance to win the pair of exclusive Honda vehicles, as well as the L.A. trip to meet the band. The 2012 HCT starts on August 11 in Bristow, VA. Aside from Linkin Park, the tour also features Incubus and opening act Mutemath.

Check out Ticketmaster if you wish to purchase tickets.