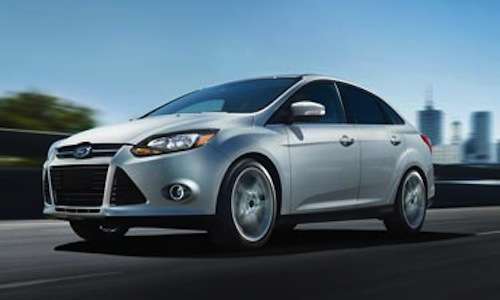 Ford Motor Company has announced the recall of 140,310 2012 Ford Focus vehicles due to a windshield wiper defect. Specifically, certain Focus models may be missing a seal in the wiring harness connector to the passenger side wiper motor. The National Highway Traffic Safety Administration states that a faulty wiring harness seal could result in the accumulation of water and/or other contaminants inside the connector. Such accumulation may result is intermittent or inoperative passenger side motor, which reduces visibility and increases the risk of a crash. Affected vehicles were manufactured from August 1, 2010 through October 18, 2011 in Ford’s Wayne, Michigan assembly plant.

Ford expects to begin the recall on May 21, 2012, but owners can contact the Ford Motor Company Customer Relationship Center beforehand at 1-866-436-7332. Ford dealers will inspect, clean and properly seal the passenger side wiper motor connector on affected vehicles, free of charge. In some cases, Focus owners may be eligible for a wiper motor replacement if their unit is inoperable. Focus owners may also contact the NHTSA at 1-888-327-4236 or online at www.safercar.gov. The recall campaign number is 12S29.

The 2012 Ford Focus ranks 2 out of 41 on U.S. News’ Affordable Small Cars list. The ranking is based on 24 published reviews of the Focus, as well as test drives and safety data. The 2012 Focus has been a best-selling compact car in the American market since being introduced in 2011. The completely redesigned 2012 model experienced exterior and interior changes, technological innovations and performance improvements. Safety wise, the 2012 Focus earned a Top Safety Pick rating from the Insurance Institute for Highway Safety.

This week’s recall marks the first safety problem with the 2012 Focus. Ford’s only noticeable issue with the 2012 Focus was a production setback that occurred in the summer of 2011. Ford’s production dilemma stemmed from an equipment problem involving a shortage of dashboards. The material shortage, coupled with increasing demand, forced the automaker to fly in parts from Europe to keep production flowing. Despite the shortage, Ford sold more than 21,000 Focuses in July 2011, making it Ford’s best selling passenger car.

The success of the 2012 Focus has continued into 2012. Case in point, Ford sold over 28,000 Focus models in March, which is an all-time sales record for the car. It was also the second-best month for any compact car sold in the U.S. since March 2011 (Honda Civic – 30,000 units). Focus sales have been on the upswing as of late due to rising gas prices, which continue to increase on almost a daily basis.