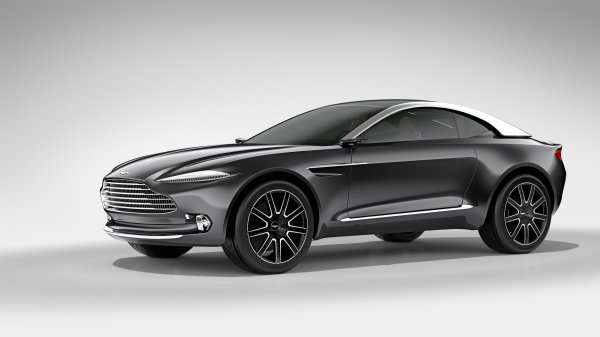 On the shores of Lake Como in Italy, the annual Concorso d'Eleganza Villa d'Este is held to showcase the latest in design. On Saturday, May 23rd, the Aston Martin DBX was shown to the audiences and judges at the event and was entered into the Concept Cars and Prototypes class for competition as a high-luxury segment entry.

The DBX first unveiled at the Geneva Motor Show earlier this year, but this is its first entry into a world-class design competition. It's not Aston Martin's first foray into the Villa d'Este, however, as the brand has won twice before on that world stage. Once with the One-77 concept and once with the V12 Zagato.

“As we explained when we debuted the car, the DBX Concept is designed to challenge the existing status quo in the high luxury GT segment," said Aston Martin Chief Creative Officer Marek Reichman. "It promises to make luxury GT travel stylish and more comfortable than ever before, but also more practical, more family-friendly and more environmentally responsible.”

The DBX Concept was created to showcase the cutting-edge engineering and next major evolution of Aston Martin design language. The car seats four, has a large luggage compartment, and a machine-billet aluminum exterior. Milling lines were left visible to showcase the car's craftsmanship as "jewellery" accents. Even the paint is unique, made to give the look of a genuine black pearl by utilizing a micro-fine layer of chrome in the black finish. The color is called Black Pearl Chromium.

The interior of the DBX Concept uses several non-automotive materials in its finish, aiming towards bringing a more comfortable ambiance.

“The exceptional craftsmanship displayed on this car – with detailing more typically seen on luxury consumer goods or fine jewellery – really showcases the best of what Aston Martin can be," said Reichman.

Tesla Contemplates A New Strategy for China Retail even As Sales Boom
Jay Leno on Elon Musk & EVs: “I Think He Should Get ... Credit"
END_OF_DOCUMENT_TOKEN_TO_BE_REPLACED