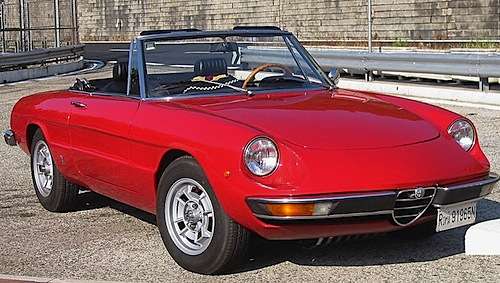 The challenge is simple, what car, current or past would make for the perfect electric car conversion? The field is wide and many older, lighter cars are being retired.
Advertisement

Knock Around Local EV. Just as every serious guitarist has a knock around guitar, wouldn’t it be great if we had a choice of cheap cars to convert to electricity for local fun? What characteristics would they have and how would we use them. Here are a few to start with.

Honda Civic. Has there ever been a car more modified than the venerable Honda Civic? Light, fun to drive, gasoline friendly, these cars make for great conversion. Strangely enough, why would you convert a fairly gasoline frugal car to electricity? Simply enough for the fun of it and to not have to endure the regular combustion gas maintenance.

Mazda Miata. Here’s a great car whose first generation is ready for a secondary life. The Miata handles well and tolerates the added weight of a battery pack pretty well. A fairly simple conversion with gel packs can give you around 50 miles in a fairly affordable way, using bare bone DC motors.

Geo Metro. Is there a better candidate than the small, light and perfect city traffic car for an electric conversion? The Geo Metro has been sought after for some time now and are becoming hard to find. This is probably the best knock around local electric car, perfect for grocery shopping.

Kit Cars. A few entrepreneurial car shops have dabbled with converting certain kit cars to electricity. EuroMasters in Costa Mesa found the perfect platform, a Porsche 356 kit car. This kit car is ideal and requires very little. A fairly simple electric motor putting out 120hp gives it a top speed of over 100mph with a range of over 200 miles. The funny things is that it gives it a 0 - 60 in 5.6 seconds that is about four seconds faster than the original version. See my fun at the wheel of an original Porsche 356A yesterday on the French Riviera, A 356A Porsche Is Still More Fun To Drive Than A Modern Car. Other kit cars make for perfect platforms but probably nothing as fantastic, if you have the budget as the expensive Ariel Atom.

Many of the 80s cars suffered poor electric quality problems, amongst a few others and would make for great conversions. Since these cars are lighter than modern ones, they often make for good conversions. Imagine that old Le Car in your neighbor’s garage gathering nothing more than dust. It would be a great candidate.

Oldies, But Goodies. Our very own David Herron at TorqueNews has chosen another daring route, converting a Karman-Ghia to electricity. Since I favor Alfa Romeo, I would say an affordable old Spiders going to the crusher would be the ideal candidate.

Well, you get the picture. There are many cars that no longer fit our needs but would deserve a second life. The benefits are many and have already been produced, so less pollution than buying a new one. I’m sure I missed a few candidates for electric car conversions, which you can remind me of below.

National Car Ch... wrote on August 8, 2012 - 10:33am Permalink
I would love to convert a Jaguar XJ-S or Ferrari 308/328.
Nicolas Zart wrote on August 9, 2012 - 2:57am Permalink
Ooooh, now you're talking! A 308 would be fantastic, especially a beat up one no one will want to restore. They haven't completely valued upward and are still on the cusp. I know someone who converted his 50s 300SL! The XJ-S might be a better shot for a plug-in hybrid. There is a young fellow in the Los Angeles area that has an interesting solution for turning almost any classic into a hybrid. I also saw an Alfa Romeo Milano/75 turned to electricity one day. Anything is possible.