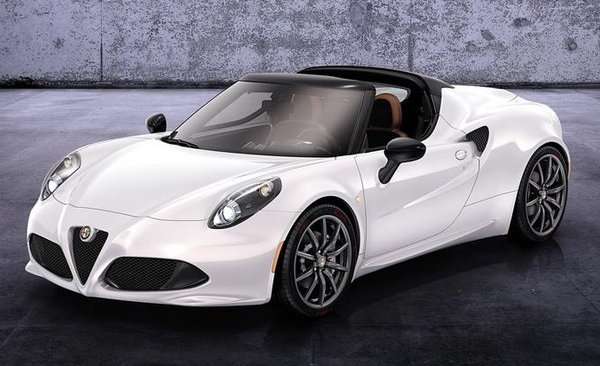 The Chrysler Group has been very quiet about what they plan to debut at the 2015 NAIAS in Detroit, but we can expect big announcements from the Alfa Romeo and Ram Truck brands while the Hellcat powered Dodge Charger and Dodge Challenger will help draw big crowds of people looking to feast their eyes on the most powerful American production cars ever.
Advertisement

While Ford Motor Company and General Motors has been very vocal about what they are bringing to the 2015 North American International Auto Show in Detroit’s Cobo Hall, the Chrysler Group has been oddly quiet. Really, before this week, there hadn’t been much mention that they were even setting up a display at the massive Detroit show, but a recent teaser on Twitter reminded us that the Ram brand is one of the two monikers from the Chrysler Group to host a press conference at the 2015 NAIAS, along with Alfa Romeo.

The Ram Announcement
It is unclear what Chrysler’s Ram Truck brand will announce or introduce next Tuesday at the Detroit Auto Show. The Twitter teaser earlier this week seemed to focus on off-roading abilities and that led many people to believe that the auto show debut would bring about a true Ford SVT F150 Raptor fighter, but I have been told by inside sources that some of the rumors floating around the industry following that video may be missing the mark. Another popular rumor is that the Chrysler Group will use the 2015 NAIAS to introduce the next generation Ram 1500 pickup in concept form – or maybe even in production form.

The Alfa Romeo Announcement
While the performance oriented Dodge brand isn’t expected to debut anything new at the 2015 Detroit Auto Show, the Chrysler Group will have one go-fast debut with the introduction of the Alfa Romeo 4C Spyder (shown above). The 4C Spyder is just an open top version of the 4C, but anyone who has driven the 4C will almost surely tell you that it is one of the most exciting driver’s cars on the market today. The 4C Spyder should build on everything that is good about the 4C Coupe, but with an added element of open air freedom.

Other Key Vehicles
Of course, aside from whatever news Alfa Romeo and Ram offer up, 2015 will mark the first time that either of the Hellcat powered Dodge cars will grace the Detroit Auto Show with their presence. While they have both been at a host of other auto shows around the country including the Woodward Dream Cruise in Detroit, this is the first time that the 707hp monsters will be showcased in Cobo Hall. I would also expect to see the newest version of the Dodge Viper T/A, giving the Dodge brand one of the most impressive performance lineups at this year’s show.

I would also be unsurprised if the Dodge brand offered up some minor news, such as some new high impact colors or something like a new low volume special edition package for one of the other popular models, such as the Jeep Grand Cherokee or the Chrysler 200.