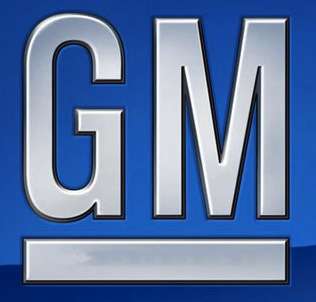 The intricacies of carmakers reaching out to another are many and none more fascinating than GM and Peugeot working together to brave the rough seas ahead.
Advertisement

GM is finally coming out of a touch period with an improved image, improved quality and rising sales but it’s not out of the woods yet. While the latest sales numbers shows it has surpassed its old Japanese rival Toyota, most of its success lies on the newer smaller car segment, something the company needs to cement into its culture. So how can another European giant, such as Peugeot work with GM and what both bring to the plate?

Peugeot And GM. The times are a changin’ as Dylan once said and European car makers work hand in hand with the Japanese, as in the case of the Renault-Nissan Alliance, Peugeot also sells Mitsubishi’s electric i, so why not have the PSA Peugeot Citroen group spend 1 billion-euro or $1.34 billion right into General Motors Co.’s hands and strike a strategic partnership? Well, there is tricky and then there is thorny…

Fresh From The Rumor Mill. It’s no news that GM has been in private discussion rounds with manufacturers from around the globe. This case would mean that GM, now again the world's largest carmaker, would buy in 7% shares of the French carmaker in order to be part in the new strategic alliance. It also means it couldn’t more share for a future take over. While nothing has been confirmed as of yet this side of the Atlantic at press time, the original Peugeot family who owns 30% of the European car maker is still its biggest shareholder and agreed to the overall idea. Both companies just announced in a joint statement their plans to share vehicle platforms and pool components with services should save $2 billion a year for the next five years equally.

Weighing In The Positives And The Negatives. It’s hard to figure who will benefit the most from this type of agreement between GM and Peugeot. One thing is for sure, it will mean serious restructuring on both ends, sharing technologies and often time swapping platforms and powertrains on mutual cars with different badges. But this would also result in the dreaded plant closures and job cuts, something both the US and French governments will heavily lean into opposing. It seems so far, both sides are working on the specifics and barely disclosing anything the technicalities. This is of extreme importance during this upcoming US and French year with the presidential elections around the corner. Both companies are dealing with the thorny issue of cutting costs, which always means laying off workforce and shutting down plants. So far Unions in both countries have opposed and slowed down the shut down of plants in order to salvage its workforce. A strategic partnership like this would be the best political way to achieve that goal.

Gauging Peugeot’s Strength. Peugeot is no small weight. Weighing in 2nd after the VW group in Europe, the car maker has a loyal following and has enjoyed great results in international races. However, it has also announced it racked debt that more than doubled in the second half to 3.4 billion Euros. That’s why it is actively looking to sell assets. What it also means is that both carmakers are going through tough times despite upbeat predictions and projections, and need to find sustainable solutions. GM is not out of the woods yet either and the last numbers upping Toyota doesn’t necessarily mean long lasting trends. GM still lacks a small car platform both manufacturing and developing, something it has done usually through its overseas departments.

On the European side, the numbers are not very favorable, as would be expected in this economy. Car manufacturers running under 90% of their capacity risk losing money and the PSA Peugeot Citroen group forecast only using 62% of its European capacity this year. It is under a lot of pressure to revamp operations, while governments are giving equal pressures not to lay off more of the workforce. Peugeot struck a deal with BMW working on engines for the Mini in 2002, which saw the partnership expand to a 100 million-euro hybrid joint venture last year. This is no small task as Europe is famous for its competitive and over-supplied car market.

The GM Peugeot deal is a welcome breath of fresh air for both companies. Although we have witnessed cooperation as these in the past, this one is borne out of necessity. It will be interesting to see how Peugeot’s smaller engine technology help GM and how GM can boost sells for the French car maker.