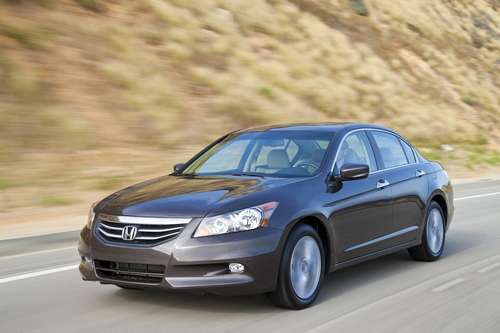 Japanese automakers continue to have production delays in Thailand

Toyota, Honda, and many other Japanese and American automobile manufacturers are experiencing production delays in Thailand. This is due to the immense flooding that has plagued the Southeast Asian country since July. This is a continuing issue for automotive manufacturing in Thailand, as production has been halted since early in October.
Advertisement

Arguably Honda is the most badly hit automaker. It has had to stop production at it's Ayutthaya plant since October 5th. Thailand is it's largest production center outside of Japan. It has 40 suppliers and component factories close by producing a plethora of products, which include braking systems, suspension parts, engine components, and body parts. Honda produced 170,000 vehicles in Thailand in 2010. That includes the popular Accord and Civic sedans.

The majority of cars produced in Thailand last year were exported to markets from Australia to Europe and Mexico. Thailand accounts for roughly 7 percent of global vehicle production.

The floods are also having an affect on many other manufacturing that takes place in Thailand, not just for vehicles. Thailand is the second-biggest supplier of sugar, the largest exporter of rice. Most importantly they are the largest producer of hard-disk drives.

Apple for instance is having trouble getting components that are made in Thailand for its Mac computers. Western Digital, which makes hard-disks, said they cannot resume normal production for months. Canon and Nikon, which makes cameras and other electronics, have stopped production. Additionally Sony and Toshiba are unable to produce their respective electronics in Thailand as well.

The floods in Thailand have been extremely devastating, claiming more than 300 lives since July. They have spread across 61 of the country’s 77 provinces since late July and threaten to swamp parts of Bangkok. The Prime Minister of Thailand, Yingluck Shinawatra, wants residents of the capitol to move to higher ground.