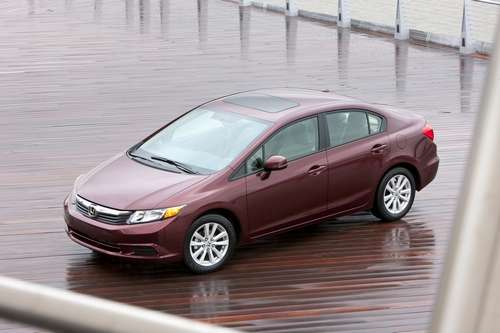 Honda and Toyota halt production in Thailand due to flooding

The plants and assembly lines of Honda and Toyota, two major Japanese auto manufacturers, have shut down in Thailand due to immense flooding. Thailand is important for the global automotive industry, since it produces roughly 7 percent of global vehicle production.
Advertisement

The halt in production for Honda and Toyota is another setback for the automakers. Both companies are still recovering from the March 11, 2011 earthquake and tsunami in Japan which destroyed auto parts suppliers and plants all over Japan. The earthquake and tsunami also affected car production around the world, since Japan exports important auto parts and supplies to many automakers.

Toyota has three plants in Thailand, concentrated in the eastern region. These have not been subjected to the flooding and immensely high water which has engulfed Southeast Asia. However, due to parts shortages the plants cannot continue vehicle production.

In 2010 these plants produced around 630,000 vehicles, making popular and well known Toyota vehicles such as the Camry and Corolla. Production in Thailand accounts for more than 8 percent of Toyota's worldwide production, which was an amazing 7.6 million vehicles.

"We run our plants on a 'just in time' system, so we don't carry much inventory," said spokesman Dion Corbett in Tokyo. "Our plants are not actually affected by the flooding at this point."'

Toyota does not expect to be on normal production schedule until October 17th. The company is not issuing statements on how the flooding in Thailand will affect Toyota's global vehicle production.

"Thailand is a significant production base for Toyota, especially in the Asia region. So what kind of an effect it will have, those kinds of questions are still being assessed. I'm afraid we still don't know." said Corbett.

Honda operates a factory in Ayutthaya north of Bangkok. The factory was forced to stop production on October 4th after parts supplies were disrupted. Additionally, the plant has been closed since October 8th, because it has flooded on the property where the factory is located.

The Ayutthaya plant produces many popular Honda models such as the Accord and Civic. In 2010 the plant produced 170,335 vehicles, which accounted for 5 percent of Honda's global vehicle production totaling 3.6 million cars. The plant has an annual capacity of 240,000 vehicles if necessary.

"We cannot estimate the damage because we cannot access the facility," said a unidentified company representative.

Additionally a Honda factory that produces motorcycle and small engines has been closed. Production was suspended until today due to uncertainties regarding parts suppliers. The plant is located in the Bangkok area.

Since July, typhoon-driven flooding has been wrecking havoc in Thailand. It is estimated to have caused billions of dollars in damage and over 280 people have been killed. There are concerns that the flooding will extend into Bangkok by the weekend.