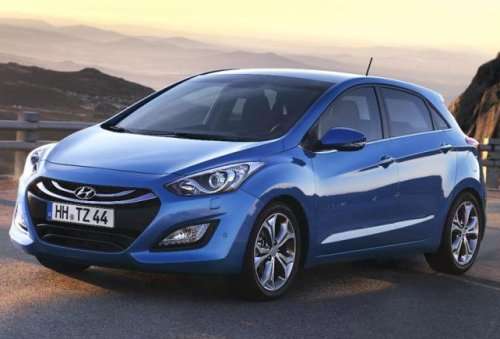 Hyundai i30 saves surprises for its debut in Frankfurt Auto Show

Hyundai is set to debut the all-new i30 at the 2011 Frankfurt Motor Show next week and there are some surprises waiting. For instance, the public still does not know a few important factors about the new vehicle.
Advertisement

Although Hyundai has released its first photos of the new i30 before it has been officially previewed in Frankfurt, Hyundai lovers will still have to wait a couple more days to find out what sort of powertrain lies under the hood of the i30. In addition, no one knows yet what the rear hatch looks like.

The new generation Hyundai i30 was built on the remarkable success of original model i30. It also is the next evolution of fluidic sculpture form language, quality and refinement. The photo here shows the exciting new look for what is being called the company’s best-selling C-segment hatchback. The car will have its 3-D world premiere at the 2011 Frankfurt Motor Show next week, where the public will be able to see it up close and personally.

The original i30 did extremely well for itself by receiving five stars from Euro NCAP. It was the first model to be designed and engineered all in Europe and the first to be produced at Hyundai’s state-of-the-art manufacturing facility in the Czech Republic. The new i30 is filling some very big shoes, but no one is worried that the i30 will not be just as well received as it predecessor.

The new generation i30 has been designed and engineered at the Hyundai Motor Europe Technical Centre in Rüsselsheim, Germany. The vehicle represents an even more advanced evolution of the “unique Hyundai form language, 'fluidic sculpture', displaying the company's distinctive design DNA,” according to the press release from Hyundai.

Thomas Bürkle, Chief Designer at Hyundai Motor Europe Technical Centre stated "The new-generation i30 is recognizable thanks to the Hyundai family face with its signature hexagonal-shaped front grille and the jewel-like design of the headlamps, together with distinctive daytime running lights. These lights present an angular shape within a more softly-edged recess, adding a strong personality to the vehicle, as well as a sense of refinement and luxury. Through the profile of the new generation i30, a strong character line runs over the front and rear wheelarches all the way to the tail lamps. A softer, lower character line rises up the car's flank creating a play of light and shadow – a fundamental feature of fluidic sculpture.”