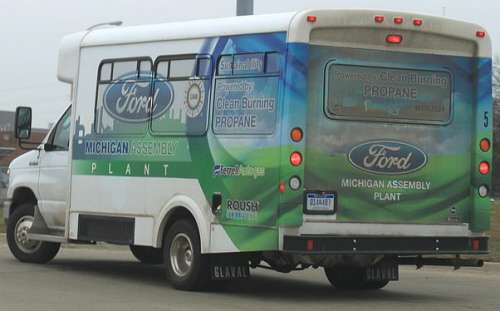 The 11th annual National Motor Vehicle and Aviation Workshops and Exposition for federal fleet managers runs through the end of this week at the Rosen Shingle Creek Resort in Orlando. There, managers nationwide will learn how propane autogas can cut down on their operating and maintenance costs without harming performance or affecting the reliability of their vehicles.
Advertisement

“Propane offers on- and off-road options for government fleets that are cost-effective, clean and readily available for immediate adoption,” said Brian Feehan, vice president of the Propane Education & Research Council.

“This conference provides a real-world look into the variety of applications and refueling options available for fleet managers, especially those charged with bringing home an alternative fuel solution.”

A Roush CleanTech Ford E-250 cargo van fueled by autogas and a propane-fueled lawn mower from Heritage Propane are on display. During a ride and drive, fleet managers can drive a 2010 Ford F-250 pickup from Ferrellgas, a bi-fuel 2009 Dodge Charger R / T police car from AmeriGas and a 2010 Ford E-350 XLT Super Duty 15-passenger van supplied by Heritage Propane.

Vehicles fueled by autogas such as the Ford Motor Co. van shown being driven in Wayne, Mich., west of Detroit cut down on smog-producing hydrocarbons and greenhouse gas emissions.

Autogas is the most widely used alternative fuel on American roads. More than 15 million vehicles worldwide run on autogas, a mixture of propane and butane that is the most used fuel by Americans after gasoline and diesel.

Autogas is embraced by NASCAR and many companies now in part because it is almost 100% produced in America. Its increased use reduces dependence on foreign fuels.

President Obama ordered that by 2015 all new federal fleet vehicles be powered by alternative fuels.