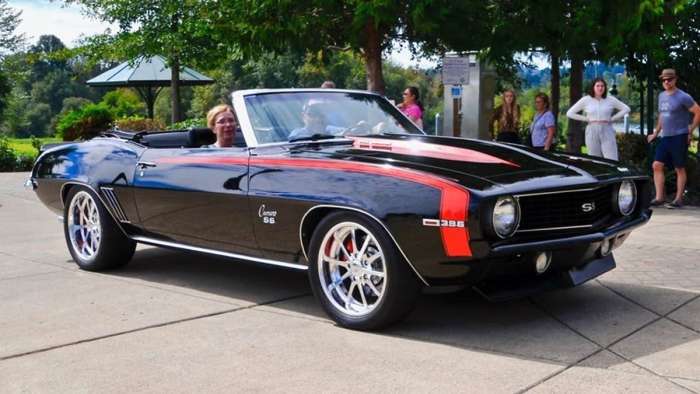 For several years, TorqueNews has worked with the folks from the Camaros Unlimited Facebook group to select the Camaro of the Month. Every month, more than 46,000 hardcore Camaro fans nominate their favorite car that is owned by another member of the group. When they get five nominees, the crowd then votes on their favorite Chevy muscle car of those in the running. When the voting ends, the Camaro of the Month is crowned.

For September 2020, the community of Camaro fans and owners chose the 1969 SS convertible shown here, owned by Rick Railey. We reached out to Rick for all of the details on his muscle car and you will find that information below. 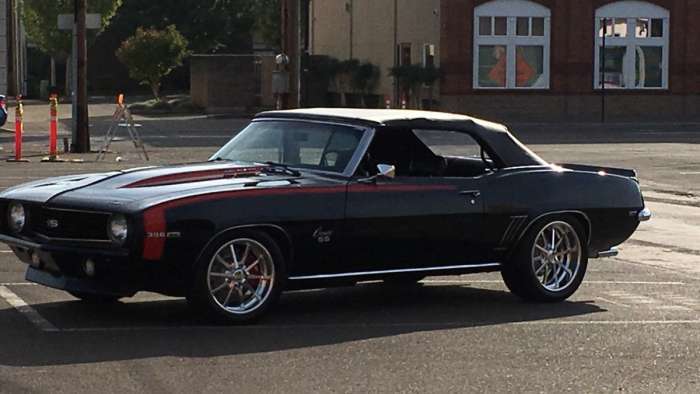 Rick Railey’s Camaro SS
Here a bit about the car. I purchased it from a family member in 2009. They had it since 1990. Really my favorite car is a 62,63 or 64 Nova but when this car was offered for sale I jumped on it. The car was 75% finished when I got it and the owner was in the process finishing it up. I mostly had to do little things like dress the motor up with some chrome and gauges .We did have to install a new convertible top along with top cylinders and pump. When I purchased the car it had 14 and 15 inch Cragar wheels. A couple years ago I decide it was time for a little update. We put Wilwood on all four corners,changed the suspension and added 18 inch Billet Specialties wheels. I’m proud to say everything works and with just a minimum amount of upkeep used every summer. 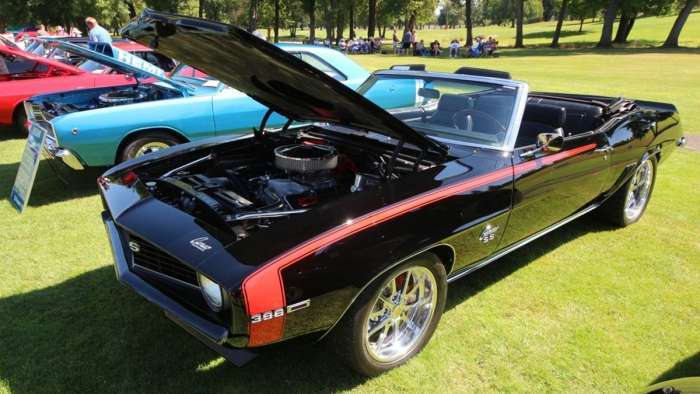 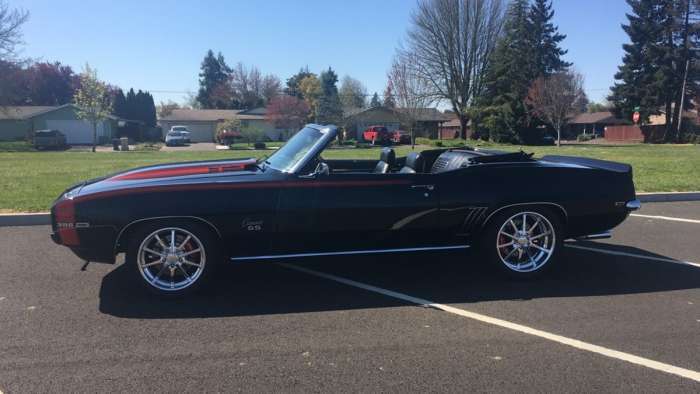 I would like to thank Mark Grill for all his help. We don’t have any plans to do anything to the car other than keep it running exactly as it is now with everything working .We use it once or twice a month in the summer.
Congratulations to Rick Railey and his 1969 Camaro SS convertible for winning the TorqueNews/Camaros Unlimited Camaro of the Month for September 2020. 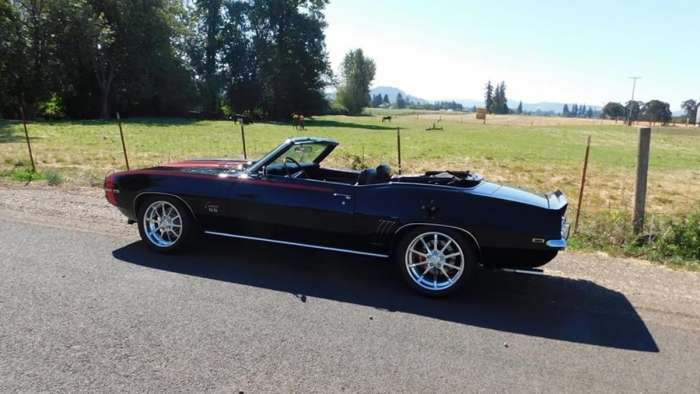 If you would like to participate in the Camaro of the Month program with your Chevy muscle car, click here to join Camaros Unlimited!