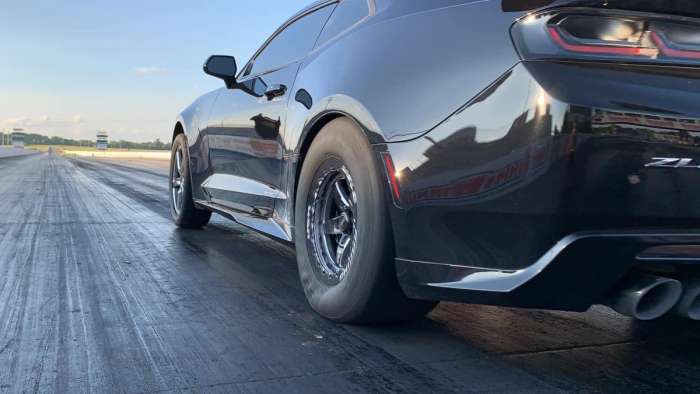 Michael Talley's 6g Camaro ZL1 is the First in the 8s

This past weekend, Michael Talley piloted his 2018 Chevrolet Camaro ZL1 down the quarter mile in just 8.992 seconds, becoming the first person to put one of these factory supercharged Chevys in the 8-second range.
Advertisement

Back in March, we wrote about this black 2018 Chevrolet Camaro ZL1, owned and driven by Michael Talley. When we first featured this car, it was shortly after he had set the record for the quickest quarter mile by a new ZL1 with the stock supercharger. Since then, he has switched to a larger, aftermarket supercharger and with that change, Talley and his Camaro have set the world record as the quickest new ZL1 in the world, being the only one to run in the 8-second range.

However, this story has an interesting twist. The 10-speed automatic transmission in this Camaro failed somewhere around the 1,100-foot mark, so Talley essentially coasted the last 220 feet. This led to a terrible trap speed of just 116.48 miles per hour, but he got down the first 1,000 feet so well that he still became the first 6g ZL1 owner to run in the 8-second range.

The Machine
Before getting into the modification list of the world’s quickest 6g Camaro ZL1, we want to point out a few things that have not been modified. The bottom end of the LT4 engine is stock, so it is still displacing 6.2 liters, the 10-speed transmission was stock during this run, as is the rear differential, and the suspension is stock.

Upgrades to the LT4 engine begin up top, with a 2650 Edelbrock supercharger, running a 3.0 upper pulley and a 9.55 lower pulley, yielding a whopping 21 pounds of boost pressure. That big blower works with a Roto fab Big gulp intake, a set of GPI cylinder heads and a GPI camshaft to feed the engine while a set of Kooks headers and a full Corsa exhaust system completes the engine upgrades. Aiding in the big power output is a dual nozzle methanol injection system and the entire system was tuned by Ryan Stevens at Gwatney Performance to run on VP C16.

Finally, Talley’s Camaro has a Carlyle Racing 15-inch wheel conversion with 15x10 RTS71 beadlock wheels wearing 28x10.5 drag radials out back with 18x6 Alumistars up front. He has also removed the rear seat and the passenger seat, so in addition to the big power, this Camaro is slightly lighter than it was when stock.

The Record Run
In the video below, you can watch Michael Talley become the first 6g Camaro ZL1 owner/driver in the world to run an 8-second quarter mile. On this past at Memphis International Raceway, the LT4 car gets off of the line with a 1.33 60-foot time and he gets to the 8th mile in just 5.674 seconds at 127.23 miles per hour. 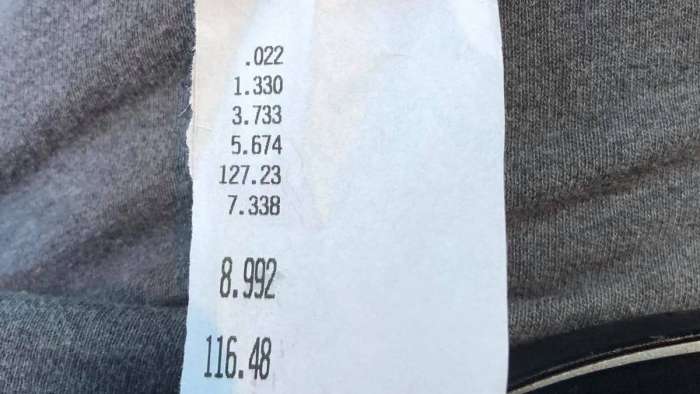 It only took Talley and his Camaro 7.338 seconds to get to the 1,000-foot mark, but based on his computer log data, around 1,100 feet, the transmission went south. The car stopped pulling and while it continued to run through the top-end beams, the car slowed dramatically during the last 220 feet. That caused this ZL1 to slow from 127 to just 116 miles per hour between the 8th mile and quarter mile, but it still pulled hard enough for the first 1,000 feet to become the first new ZL1 to run in the 8 second range.

To be exact, Talley’s Camaro laid down an 8.992 at 116.48 miles per hour, coasting for the last 200+ feet of the track, but still setting the world record for the quickest 6th generation ZL1 in the world while also being the first to run in the 8s.

Joshua Lee wrote on June 3, 2019 - 2:05pm Permalink
Awesome read! This car has so much more potential left in it. Glad I was able to get the footage and pics of this run