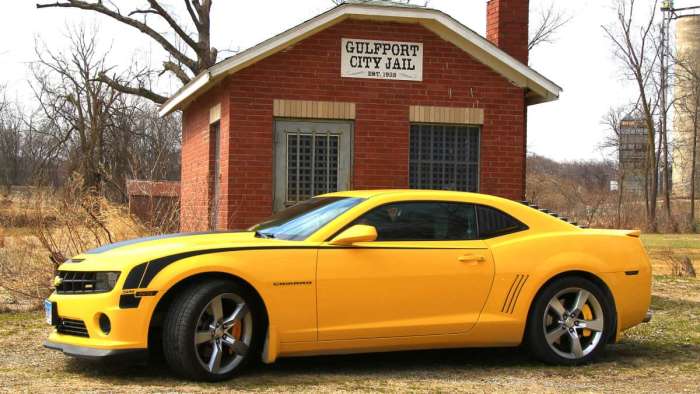 The TorqueNews/Camaros Unlimited Camaro of the Month for July 2019 is this Rally Yellow 2011 2SS, owned and loved by Scott DeSmet.
Advertisement

Over the course of the past few years, TorqueNews has worked with the members from the Camaros Unlimited Facebook group to select our Camaro of the Month. This begins with the members of the Camaros Unlimited Facebook page – more than 42,400 of them – nominating their favorite Chevrolet Camaro owned by a fellow member of the page. After five owners have been nominated by the community, the voting begins and when the balloting closes, we have our Camaro of the Month.

For July 2019, the devout crowd of Chevy muscle car lovers picked the 2011 Camaro 2SS, owned by Scott DeSmet. We reached out to DeSmet for more information on his bright yellow machine and below, you will find his story.

The Pollinator Camaro
I bought the Camaro in Feb of 2016, having wanted one from the time the 5th gen came out. I came across this car at the local Ford dealer where it had been traded. Yellow was not my first choice, but after I test drove the car I fell in love. I named my car “The Pollinator” to go with the bumblebee theme. 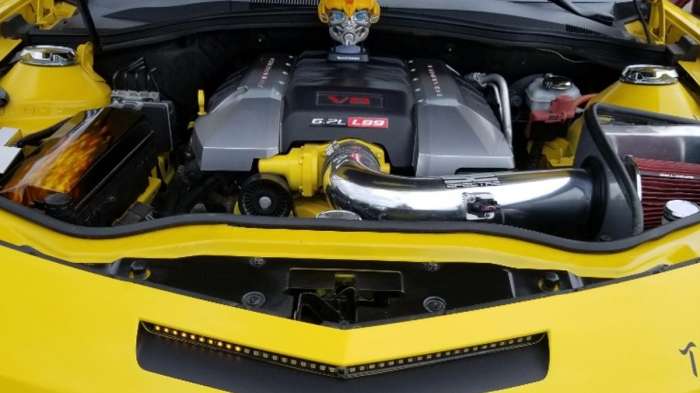 It is a 2011 2SS in Rally Yellow with a matte black hockey stripe. Performance upgrades include a cold air intake, muffler delete and a 96 mm throttle body. Lighting upgrades include “afterburner” taillights, a scanner light in the mail slot and underglow all the way around. Body modifications include the ZL1 rear spoiler and the ZL1-style front splitter, with new ZL1 rocker panels going on later this week.

On the inside I have installed a PAC5 radio upgrade with GPS and backup camera. The next project will be to have the seats changed from grey and black to yellow and black. 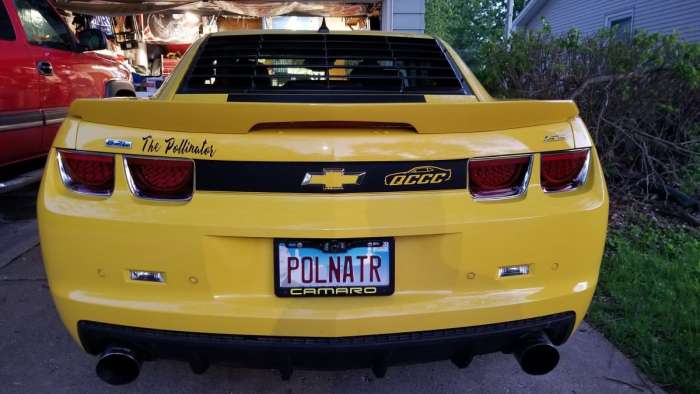