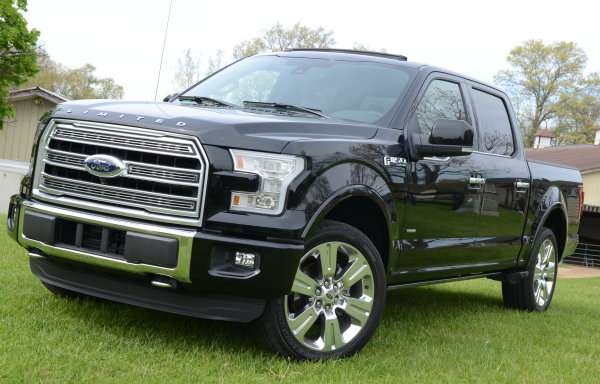 Here are the Bestselling Trucks in America for 2016

Yesterday we brought you the news that the Ford F Series pickup is the bestselling vehicle and truck in America for 2016 and today, we bring you a look at the rest of the sales numbers from the American pickup truck segment – including both full size and mid-size trucks from GM, FCA, Ford, Toyota, Nissan and Honda.
Advertisement

Today, we bring you a look at the rest of the pickup truck segment in the United States for 2016, including both larger full size trucks and the smaller mid-sized models.

The Toyota Camry is 4th on that list, so we didn’t discuss any other trucks in that piece – but the “other” half ton GM truck (the GMC Sierra) ranked 4th in the truck race with 221,680 units.

In other words, the Detroit automakers had each of the top four bestselling trucks in America and they were all full size trucks – with a total of 2.067,477 “big trucks” sold by the Big 3.

The other two full size trucks sold in America are the Toyota Tundra and the Nissan Titan, and with 115,489 Tundras sold last year, Toyota’s big truck finished 6th on the truck list while the Nissan Titan finished 11th with just 21,880.

Tacoma Dominates the Mid-Sized Segment
Full size trucks may have claimed the top 4 spots and 5 out of the top 6, but with 191,631 units sold last year, the Toyota Tacoma was the bestselling mid-sized truck and the 5th bestselling truck overall. Although the Tacoma was far behind the next closest full size truck, the smaller Toyota stomped all of the in-class competitors.