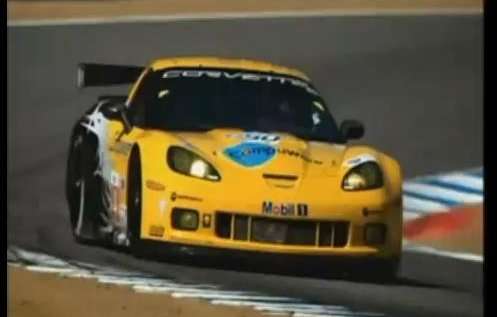 General Motors talks up the Corvette ZR1 in a new ad

This past weekend brought the racing world the 59th running of the 12 Hours of Sebring but before General Motors was permitted to enter their race-built Corvette ZR1 in the American LeMans Series (ALMS), they were asked to modified the ZR1 for the race - by removing 168 horsepower.
Advertisement

The American LeMans Series GT class is comprised of some of the most recognizable street cars in the world, with competitors from BMW, Ferrari Porsche and Chevrolet among the regular heavy hitters and with GM touting the Corvette ZR1 as one of the world’s best-performing sports cars, it would only make sense that the highest performance Corvette ever would take to the track at Sebring. The problem (for GM) is that the ALMS required the automaker to strip 168 horsepower from the supercharged V8 supercar, effectively cutting the output of the LS9 from 638 horsepower to “just” 470.

It is not at all unusual for a company to perform some heavy modifications to even the world’s best sports cars before a they can last through a half-day marathon of auto racing like the 12 Hours of Sebring. However, for GM to be required to water-down the Corvette ZR1 so substantially before entering the ALMS was big enough news that the company has put together a new commercial spot bragging about the amount of power pulled to make it “fair” for some of the biggest names in the sports car world.

Unfortunately (again, for GM) stripping 168 horsepower from the race-ready Corvette ZR1 proved to be a bit too much as the top two spots in the GT class were claimed by a pair of BMW M3 coupes but the detuned Corvette ZR1s finished 3rd and 4th - beating the best from Ferrari, Porsche, Jaguar, Lamborghini and Doran Ford.

Even though the Corvete ZR1 didn’t take the win, General Motors offered up a new commercial (check it out below) featuring a handful of clips of the black and yellow ZR1 GT racer practicing, mixed in with shots of a white ZR1 used in the Corvette commercial that launched in 2010. The commerical boasts that the Corvette ZR1 is so powerful that GM was forced to pull power to make it fair for the other teams. While GM didn’t win, this commercial pokes fun at the competitors that were able to beat the watered down ZR1.

Check out the video below courtesy of CorvetteBlogger, featuring a voiceover by Tim Allen and ending with the still-confusing motto “Chevy Runs Deep”. In any case, the Corvette ZR1 GT cars put up a strong showing considering that they were required to detune their engines. This commercial ran during this weekend’s race, as Chevrolet was one of the main sponsors of the lengthy race.

Other GM News:
EA rolls out new video of Need for Speed: Shift 2 Unleashed featuring Tommy Milner
GM slows production at another plant due to Japanese crisis
Chinese Chevrolet Camaro to debut at the Auto Shanghai 2011 with a new name
General Motors unveils the next generation Chevrolet Colorado
GM closes Shreveport plant due to shortages from Japanese earthquake

Tesla Contemplates A New Strategy for China Retail even As Sales Boom
Jay Leno on Elon Musk & EVs: “I Think He Should Get ... Credit"
END_OF_DOCUMENT_TOKEN_TO_BE_REPLACED