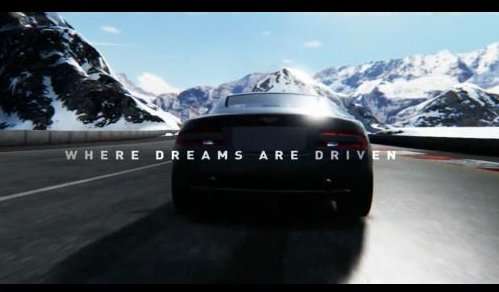 Forza Motorsport 4 is the last bastion of automotive lust

Even though Xbox Live Gold members like myself got our hands on the first playable demo for Forza Motorsport 4, the new commercial featuring Top Gear’s Jeremy Clarkson and the Aston Martin DB9 is no less interesting as it isn’t packed full of action shots from the game but rather, the piece pays homage to gearheads who are encouraged to turn to Forza 4 for their driving exhilaration rather than doing it on public roads.
Advertisement

The commercial begins with brief disclaimer of sorts explaining that the following piece is shot in a controlled environment as the Forza Motorsport 4 makers work to discourage street racing and high performance antics on public roads – while also working to bolster sales of their upcoming simulation racer. The piece then shifts to a flyover of a city skyline, zooming in to show a shot of nightmarish gridlocked traffic with Top Gear’s Jeremy Clarkson easily recognizable voice providing the narration. The camera focuses on one man who appears to be stuck in a carpool while looking around annoyed while Clarkson begins: “We are an endangered species, you and I. We lovers of speed. We devotees of power, performance and noise.”

At this point, in the new Forza 4 commercial, the man in the carpooling vehicle climbs out and begins wandering through traffic while Clarkson continues: “Go away, we are told, and take your carbon-fiber and your fire-spitting V12s with you. There’s hardly a place out here for us anymore, not amongst all the commuters and congestion.” As our protagonist continues through the locked up traffic, he comes across an Aston Martin DB9 sitting on a surprisingly uncrowded section of roadway and, low and behold, the key to said DB9 is in his pocket. Clarkson continues on while the hero of the story climbs into the Aston and fires it up – the throaty roar of the DB9s V12.

Jeremy Clarkson continues on with his voiceover (seen below) for Forza 4 as the driver of the Aston Martin rips around this unnamed city, constantly finding roadblocks at every turn although it still looks like it is a great deal of fun. “Not in this growing age of safety and restraint, where practicality trumps adrenalin. Where the ratio of miles to the gallon is championed over horsepower to the weight”, says Clarkson. “The evidence is everywhere. You and I are being squeezed out, pushed aside and hunted down at every hairpin turn. And yet there is hope. There is a safe haven, a place where we are free to challenge conventions, push the laws of physics and drive our powerful, our beautiful machines…hard.”

Our hero in the silver Aston now runs into the ultimate snag as the local authorities see (and do not appreciate) his on-road hijinks; an interesting addition considering that Forza Motorsport 4 is an on-track racer and does not include “chase modes” like some other popular racing games. The authorities begin to take chase and as we watch our main character eventually get pinned in by the police, Clarkson continues to talk about a place that he refers to as “the last bastion of automotive lust”; going on to explain that it is right in your living room.

If you were watching this video and you were somehow not familiar with the upcoming Forza Motorsport 4 (even though the video title explains what you are watching), you might think that this is a commercial for some ultimate racing school featuring well known automotive celebrities but no… it’s a video game – and an awesome one at that.

The new Forza Motorsport 4 commercial ends with a very brief gameplay video showing that same Aston Martin DB9 tearing off into the sunset as the words “Where dreams are driven” fade in and then out – replaced by the Forza Motorsport logo.

Check out the video below for a closer look at the new 2 minute and 40 second online commercial for Forza Motorsport 4 – the game the could set the standard on which all other driving games are compared. The Forza 4 demo is currently available on Xbox Live for Gold members and it will become available for Silver members on Friday; followed by the full debut of the game on October 11th.