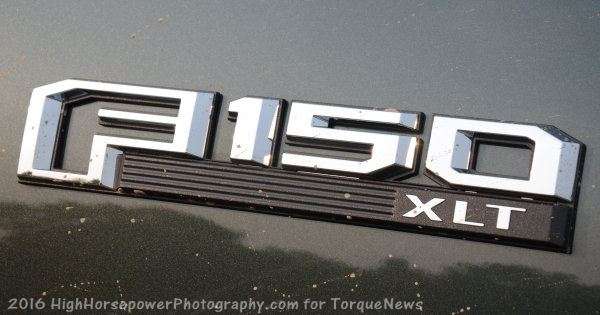 Ford's Diesel F150 Could Get a New Face, Too

It is expected that the Ford F150 will feature a new fuel-friendly diesel in the next few years and according to the crew at Autoblog, this new diesel engine could be accompanied by a front end refresh – including a new grille and a change in the headlight design.
Advertisement

Ford Motor Company really hasn’t had much to say about the future of a diesel engine option for the top-selling F150, but there have been a handful of videos and images showing what is very clearly an F150 test truck with a diesel engine. Even the new, quiet diesel engines have a very distinct sound, so for someone who knows what to listen for – these diesel F150 test trucks have left no question what is under the hood.

What we didn’t expect when the diesel F150 debuts is a new front end, but according to the crew at Autoblog, the diesel engine option could be part of a mid-cycle refresh that will affect the headlights and the grille as well.

It is believed by many that the F150 diesel engine option could arrive for the 2018 model year, with a formal introduction at an auto show either later this year (like LA) or early next year (Detroit). When this diesel F150 arrives, it will almost certainly be the most fuel-efficient half ton truck sold in America, but we don’t know anything else about this new engine option for the market’s bestselling vehicle.

If Autoblog’s spy shots do indeed show a facelifted F150, the 2018 F150 with the diesel engine could get a new grille design, a revised headlight design and perhaps some new fender trim. Their spy shots show a truck that is heavily masked from the nose back to the leading edge of the front doors, making the headlights and fenders a mystery, but there is no question that the grille on that F150 test truck is unlike anything in the current lineup.

Now, there is a chance that the F150 test truck has some new option grille, but the heavy amount of camo suggests that there are broader changes coming to the front end of Ford’s half ton pickup. Should a refresh come for the 2018 model year, the current generation will be in its 4th model year so this would be a relatively quick refresh – but with big things poppin’ from both GM and Ram, Ford may be moving quick to stay fresher than the competition.