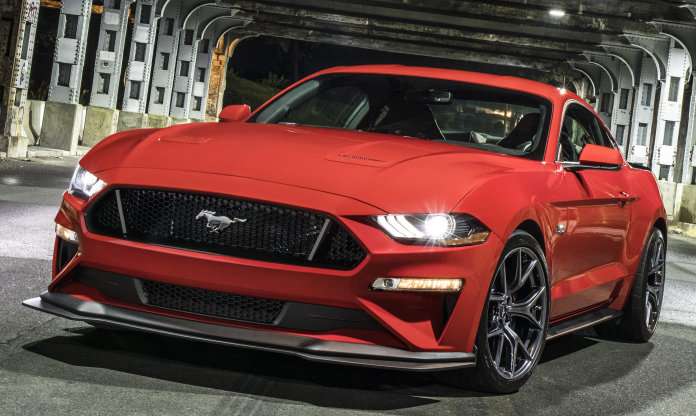 Ford Motor Company has issued a recall for more than 2,100 brand new 2018 Ford Mustangs with the new 10-speed automatic transmission over a concern that the premium gauge cluster might not communicate correctly with the shifter – leading to increased likelihood of a rollaway accident.
Advertisement

The 2018 Ford Mustang has a long list of new features, including the new 10-speed automatic transmission and a stunning 12.4-inch gauge cluster panel. Unfortunately, those vehicles equipped with those two options are subject to a new recall because they might not be working together correctly.

2018 Ford Mustang Automatic Gauge Cluster Recall
This 2018 Ford Mustang recall pertains to those vehicles equipped with the 12.4-inch gauge cluster and the 10-speed automatic transmission, built between March 14, 2017 and November 26, 2017. This recall affects 2,167 cars, with 2,100 being located in the US or US territories while the other 67 are in Canada.

In these affected Ford Mustangs, if you shut the car off with the transmission shifter in any gear other than Park, the instrument panel will not light up the gear selected, nor will the “key in ignition” chime ring.

For example, say that you turned your 2018 Mustang off with the shifter in Reverse rather than Park. If the system worked correctly, the PRNDL indicator on the dash would highlight the fact that it is in Reverse and when you opened the door, there would be a chime as though the key was left in the ignition. Unfortunately, with this issue in the new Mustang, the gear indicator in the gauge cluster shuts off with the car and the door chime doesn’t ring, so there is a greater risk of a rollaway if the driver leaves the vehicle in some gear other than Park.

The Solution
The good news with this 2018 Ford Mustang recall is that the fix is as simple as a computer re-flash. The dealership technician will plug something into the OBDII port under the dash and upload a corrected program. That software fix will solve the issue without any physical component changes – thus it won’t take very long.

The other good news is that there have been no reported accidents or injuries stemming from this 2018 Mustang recall, so the Motor Company has found the problem before it has caused any real problems.