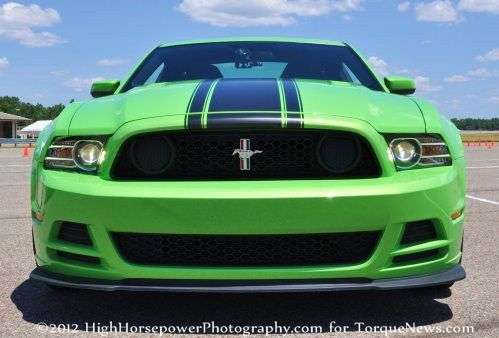 Sales numbers for the muscle car segment in America were down a bit in July 2012 but that didn’t stop Ford Motor Company from being the top dog in the rear wheel drive performance car class for the third month in a row – beating the Chevrolet Camaro by a margin of just 445 units.
Advertisement

July 2012 wasn’t as good to the Ford Mustang as May or June but the entire segment was down by almost 5,500 units (compared to June) so the Ford Mustang was still able to outsell the Chevrolet Camaro and the Dodge Challenger for the third month in a row. On the year, the Mustang has led the Camaro and Challenger in sales four times (February, May, June, July) in the first seven months of 2012 while the Camaro claimed the other three months (January, March, April).

The Chevrolet Camaro had one of its worst months of 2012 in July, sending out just 6,926 examples of their muscle car. General Motors has sold a consistent number of Camaro coupes and convertibles over the past four months with sales figures hovering in the 9,000-unit range but with the fairly sharp decline in muscle car sales in July – it appears as though the Camaro was the hardest hit. The Camaro’s July 2012 sales figures accounted for a decrease of 9.7% compared to the same month one year ago. On the year, Chevrolet has sent out 56,623 new Camaro models which is an increase of 0.3% over the first seven months of 2011. The Camaro continues to hang on to the annual sales lead over the Mustang but at the rate at which the two cars have sold over the past three months, the Mustang could overtake the Camaro this month if things don’t improve for the bowtie-clad muscle car.

Once again, the Dodge Challenger finished third in muscle car sales with 3,631 examples sold in July 2012; an increase of 3% compared to July 2011. This figure puts the brawny Mopar muscle car well below the Camaro and Mustang (which has been the case after every month this year) but Chrysler doesn’t care how the Challenger sells relative to the other two Detroit muscle cars – so long as it is selling. For the year, Chrysler has sold 27,082 Dodge Challenger coupes which is about half of the number of either Camaros or Mustangs sold but with the Challenger comfortably outselling the other rear wheel drive performance coupes in the market (Nissan 370Z, Hyundai Genesis Coupe, Scion FR-S, Subaru BRZ), the Challenger is still doing as well as the folks under the Pentastar can hope.

The introduction of the 2013 Chevrolet Camaro 1LE road race model could cut in the sales of the Ford Mustang Boss 302 but with both of those being relatively low volume models – they should only have slightly more impact on monthly sales than the ultra high performance Camaro ZL1 and Mustang GT500.