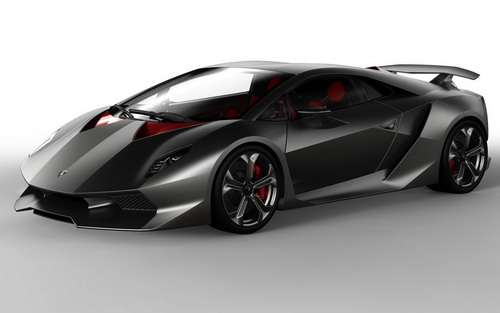 The outstanding Sesto Elemento by Lamborghini, that gave an insight into the Italian firm's technologycal secrecy of the future, has been greenlighted for serial production in the coming years. And guess what? Only a few, lucky customers will stand the chance to get behind the wheel of the Lambo supercar.
Advertisement

The mind-blowing Sesto Elemento Concept shocked the audience gathered on the stage of the Mondial de l'Automobile Paris in October 2010, but it also raised a big question in the minds of everyone: will Lamborghini ever assemble a street-legal variant of this tremendous prototype? The definitive answer is still lurking in darkness, but a ray of hope emerged these days.

The Sesto Elemento will be uncloaked some time after 2011 (probably after mid-2012, if you ask me) and will borrow most of the outrageous skills premiered by the Paris concept. The future hypercar will sport an advanced construction technology, as engineers are said to have extensively used carbon fiber/CFRP (carbon is the sixth element in the periodical table of chemical elements and here comes the Sesto Elemento title from), aluminium and composite materials to master the ultra-lightweight body and chassis. The psychologycal limit of 999 kilos (including the engine and transmission) could be a dream for other car manufacturers, but not for Lamborghini, as Stephan Winkelmann, head of the company, claims.

A 5.2 litres V10 unit will be roaring in the engine bay; when it comes to taming the entire 570 ponnies, it all goes down to the finely-tuned 4x4 platform, that is in charge to deliver the best sports capabilities as well as maintaining a high level of ride safety and power balance. Peak performance figures indicate that the road variant of the Sesto Elemento will be able to reach 100 km/h in a staggering time of 2.5 seconds, which is years away from what others could come up with at this moment. Top speed is expected to go beyond 300 km/h; given the spectacular power to weight ratio of just 1.75 kg/hp and the sensational maximum torque of the V10 powerplant, I think the car might be capable of at least 330 km/h when it's officially released.

At this time, inside details are still very slowly surfacing, but from what we know for the moment, the future sounds more than promising, as the development process is tipped to have entered the final phases. Around 20 exquisite examples will roll out of the factory in Sant'Agata Bolognese, each of it wearing a prohibitive price tag of 2 million euros. Don't worry about that: seeing that other special edition supercars were completely sold out in a matter of days, the Sesto Elemento will surely face a successful outcome, at least as a mark of respect and appreciation for the brilliant team which engineered it.