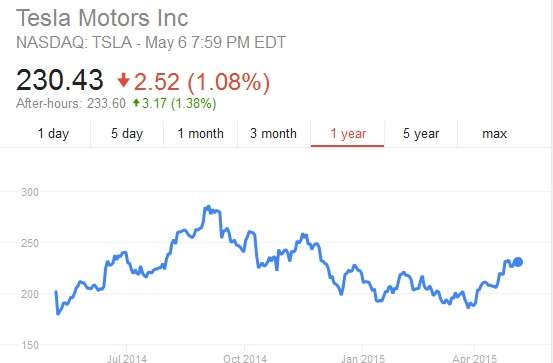 I asked the question in one Tesla Owners group about the Q1 loss and here is how the Tesla fans and owners explain it.

"R&D for serious infrastructure can cost up-front money. Think of Apple when they only had the Apple One PC (Tesla will be a billion times that in a few more years, and then some!)," writes one owner.

To my rhetorical question "Is Tesla is paying to have its cars sold?", and if that is a fair assessment, one commentator wrote the following. "Not fair and definitely not accurate. Tesla is a growth company. Majority of revenue is redirected to capex investment. Look closely at vehicle gross margins, 25% (I think). This tells the story if they're giving the cars away."

"That money is invested in Model X and Model 3 development, superchargers network, sales and service centers, software improvements and auto pilot for Model S, and gigafactory development. All that R&D will pay off in 3-5 years and for many many years after that, that's why all us Tesla cars owners who own TSLA shares are long term investors in TSLA, owners are believers," wrote yet another commenter.

Alexi wrote on May 7, 2015 - 10:15am Permalink
It's understandable that when you invest money you will probably show loss during the earnings report. But when will Tesla actually make money and report earnings?