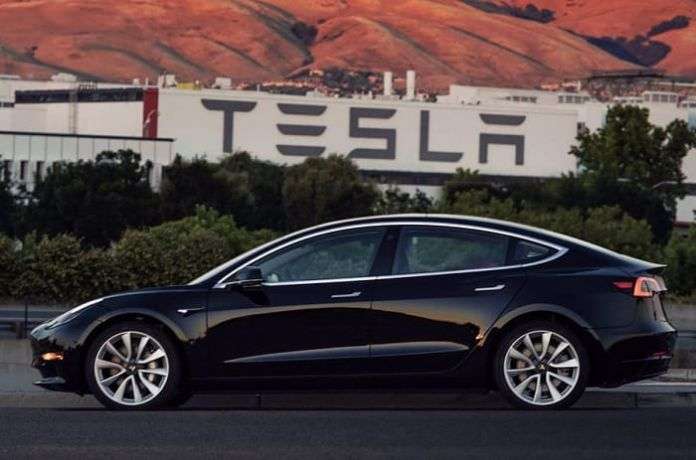 Now Model 3 owners sell their place in the Tesla queue

It will be the summer of 2018 before the very first Tesla Model 3 cars are delivered in Norway for the local reservation holders. But now some of those customers who made their reservation early are trying to sell their place in the reservation queue at high prices.
Advertisement

Rumors say that the production of Tesla's mass market Model 3 will finally get up and increase. This may be the high time for Tesla Model 3 before the slow production time and difficulties earlier this fall.

Tesla's Model 3 production should increase considerably from 100,000 to half a million cars this coming year. The interest in the Model 3 is sky high. Between 400,000 and 500,000 reservations are already in place. In Norway, there are thousands of Model 3 preorders without a single unit going out to that country so far.

Now, however, some people have started selling their place in the reservation queue, reports the Norvegian TV2. And it is done at a high price. The question is: is it allowed according to the agreement the customers have with Tesla;

The Price of Model 3 Place in The Reservation Queue

This to sell the place in the queue is nothing new to Tesla. It has happened to both Model S and Model X.

Even after the Model S and Model X were delivered to the first owners, there were also many who wondered to sell them right away, at high profits.

After the first Model S and Model X cars were delivered in Norway, some people paid 12,000 dollars extra to purchase them from their original owners, instead of standing in the line. Clearly, it may seem that there is nothing wrong with selling the space in the queue or the overpriced car after you have got it. But IRS clearly states that "the vehicles must be acquired for use or lease and not for resale."

You can't resale it if you want to get the tax credit in the United States. However, the rules may be different in other countries. TV2 reports that Tesla's Information Manager in Norway, Even Sandvold Roland, was not available for comment on this question as Norway is one of the biggest Tesla Markets and the largest Tesla Supercharger in Europe recently opened in a remote Norvegian village.

Apparently also your reservation can not be transferred to another party without the written consent of Tesla.

On Tesla's website in Norway it is stated that if you order the Model 3 now, it will be take 12 to 18 months before your car is delivered. This means your car is likely to be delivered in mid-2019. I recently test drove the Chevy Bolt and would go for it, instead.

But Model 3 is popular and it's the most affordable car in Tesla's lineup. It comes with two battery packs and has a very good range of 310 miles per charge.

300 Teslas for Sale in Norway

EVs in general, and Tesla in particular are very hot in the used car market. In Norway alone there are 2,100 EVs to choose from at finn.no and of these 300 are Teslas.

300 for sale
Electric vehicles in general, and Tesla in particular, are hot in the used market for the time being.

Right now, there are many cars to choose from. In total, 2,100 electric cars are available for sale at finn.no - and of these are just over 300 Tesla. Used EV prices range from 6,000 to 120,000 US dollars, depending on the condition, range, equipment and brand. But so far, there is no one there who wants to sell the space in the Model 3 queue.

Have you heard of anyone willing to sell its place in Model 3 reservation queue with Tesla's consent? If yes, please let us know in the comments section below or let's discuss if it's worth paying 10,000 dollars extra for the Model 3 just to get it earlier. I don't think it's worth it. If you liked this article and think it may help your friends, consider sharing or tweeting it to your followers.

kent beuchert wrote on December 31, 2017 - 8:28am Permalink
There are well over 5,000 Chevy Bolt customers waiting in line in a single northern European country - GM cannot produce enough Bolts to fill those orders anytime soon. GM was surprised at the level of demand for the car.