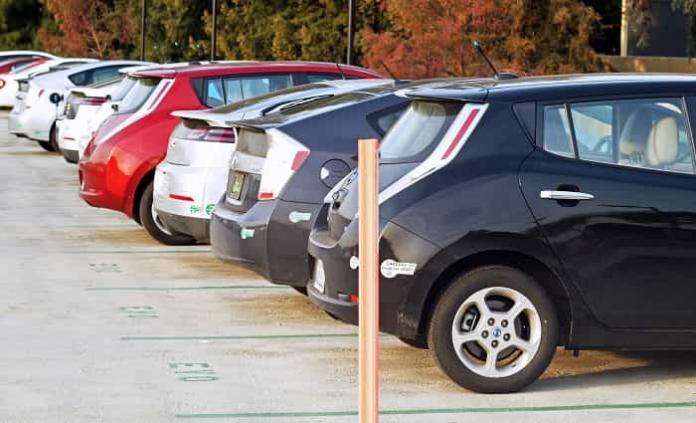 Plug-in Hybrid vehicles (PHEV) can hold little longer, but not much longer in light of Tesla Model 3 and Nissan Leaf advance.
Advertisement

Here is a question for electric car owners. "As the new Nissan Leaf is rolled out at under $30k before incentives, with 150 miles of range, and the new Tesla Model 3 is selling faster than Tesla can make them, at $35k and 220 miles of base range, and a 44k model with 310 miles of range, is this the end of an age for PHEVs like the Volt and Pacifica? Are we ready for full on BEVs like the Leaf and Model 3?

This question was asked and is currently being discussed by Toni Miller at GM Electric Vehicle Owners group on Facebook. The general chatter is that the world still needs hybrid vehicles like Chevy Volt and Toyota Prius because of number of readers. But I personally think that the future of driving is fuel flexibility. Here are few interesting opinions from the discussion on Facebook.

The general feeling of the community is that they don't think PHEV's are going anywhere any time soon. They are way too awesome. Plug-in hybrid cars are needed to help those who do not want to jump to full electric a slower transition until the EV infrastructure is much better.

But Miller has a point too. "Consider the relative low electricity range of PHEVs. The Chevy Volt currently is capable of about 50. Because a full tank of gas would yield over 250 more Miles, doesn't that perpetuate the gasoline industry and do little for EV infrastructure? Unfortunately, while PHEVs help develop battery technology and home charging tech, it seems they do very little for on the road electric vehicle infrastructure... But Tesla? Superchargers have been a success," he writes.

"EVs are still too expensive for many folks, and too many people still have no reliable way to charge, because they only have side street parking, or live in an apartment complex or condo with some whiny HOA rules preventing them from installing a charging station, even at their expense. Charging infrastructure is still too widely scattered, and with competing fast charging standards, it's only going to make it worse because if your car has one, but the charging station has the other standard, then you're SOL if you're out of a charge. Plus charging stations are mostly too expensive, prompting people to avoid using them if possible, which means the EV charging company loses lots of money and can't keep up maintenance on them.

"And there's always those people who say "I want to fill up my car in 5-10 minutes. Any longer and it's not worth it!" and would rather deal with OPEC and Big Oil gouging them at the pump than look at an EV with its hours of charge time. Never mind that it's charging when you're sleeping, eating, or watching TV at home. So yes, plug-in hybrids will still have a role to play, and if anything, it'll be better to have gas car drivers switch to PHEVs for now. This way they're not stranded if they can't find a charge, and it'll get them used to driving electric without the range anxiety.

"I have driven my 2017 Volt to numerous cities that are at least an hour and a half away, and visited relatives that live 6 hours away, and it gets me there just fine. But when I'm just doing my daily work commute, my Volt is just as "EV" as a Nissan Leaf or Tesla would be," yang writes.

Both PHEVs and fully electric cars, including Chevy Bolt have their place in the market. In fact, Chevy Volt straddles both worlds. Give it a few more years and the range of the Volt will be 400 miles.

Mark Renburke from the group writes that 2015 polling by Harris had 29% of the public willing to consider a PHEV for their next vehicle, but only 21% a BEV. 200+ mile ranges won't change that. PHEVs will be here for a long time to come, and may come in to dominance...if the automakers will simply offer enough choices.

Development moves ahead. But "lots of people are scared of new tech," writes Brian Faucher in the group. Many people know and are comfortable with regular hybrids, so PHEV is just the next step further. As more people drive Chevy Volts and other PHEVs they will become more aware of full BEVs as a result. There will still be laggards for a very long time who don't want to give up gas. So PHEVs aren't going anywhere, he concludes.

What do you think? How many years of future do the plug-in hybrids cars like Toyota Prius and Chevy Volt have before they are fully turned into full EVs?

kent beuchert wrote on September 21, 2017 - 6:01pm Permalink
The fact of life is that people seldom travel long distances, but they still need a car that can travel. Rights now the EV world is a mess - Tesla has all of around 1100 charging stations and they can only handle the cars of one company, when the world has over 20 car companies. I believe the number of gas pumps in the U.S. tops 1 million Those gas pumps can fuel any kind of gas powered vehicle. A charging pod can handle exactly one type of charging protocol. The rate of service for a gas pump is probably 10 times faster (full up) than the fastest Supercharger station and 20 times faster than the rest. Fortunately a fair number (unknown) of drivers can recharge at home, although they have to spend upwards of $1200 for the equipment. And EVs need to be refueled more often than gas powered vehicles. This is but a glimpse of just how many charging stations are going to be required for an all electric fleet. The numbers are mind boggling. Fortunately the changeover will take years and years to occur - no one in his right mind is going to throw away a $40,000 gas powered car to buy an electric.
Al Rami wrote on September 21, 2017 - 7:09pm Permalink
You don't have to have special equipment to charge at home. All EV's come with a portable chargers that you can plug into a regular socket at home this is a level 1 charger. If an individual with an EV wants a faster dedicated charger they can have a permanent level 2 charger installed at home at about the cost of $1,200. Electric cars are great as commuter cars, 5,800 miles plus on my 52 mile commute in Dallas, TX.
John wrote on September 22, 2017 - 6:59pm Permalink
I own a first gen Volt. I get 45 miles electric charge. In the winter i expect to get 30 as the car is new to me. Maybe I'll get more. I average 37-40 on gas. I drive 51 miles each way to the city a couple of times a month. I plug in every time I pull in the driveway keeping my car plugged in constantly. In other words because shopping and everything I do is close by I cruise electric every day and do not use much gas. It's a fabulous solution. Great car great drivetrain solution.
Cory Stansbury wrote on September 22, 2017 - 9:30pm Permalink
The energy return on investment, resources, overall environmental impact, and (for now) finances favor PHEV. Manufacturing and buying the amount of battery needed day-day is the smart choice. Building/buying a battery sized for something done one day/month is wasteful. I think PHEVs make the most sense now and in the foreseeable future. At some point, that may change... For instance if sodium ion batteries get better.
Archie Phillips wrote on September 23, 2017 - 10:21pm Permalink
The real issue we should be discussing too is the air polluting that hybrids are contributing to our lives!