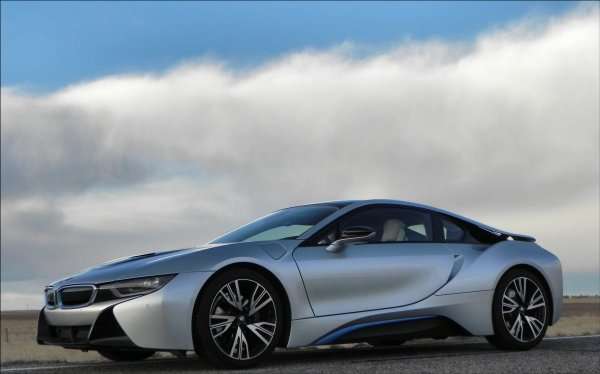 Hybrids Explained - What’s a Plug-in, a Mild, or an ER-EV?

Hybrid vehicles have a lot of nomenclature that designates one powertrain design from the next. There are parallel, serial, plug-ins, and mild hybrids. Some fuel cell vehicles are hybrids too, so are extended range electrics. Here’s what all that means.
Advertisement

To start with, a “hybrid” in automotive is any vehicle with two power sources for propulsion. This doesn’t necessarily mean one of those has to be electric, but in everyday parlance, a “hybrid” is assumed to have an electric component as the term hybrid is usually shortened from “hybrid-electric” or “gasoline-electric hybrid.” There are a lot of other hybrid powertrains too, of course, such as a moped, which is a hybrid gasoline and human-powered hybrid or an electric bicycle, which is a human-powered and electric hybrid. For our purposes, though, we’ll concentrate on hybrid-electrics in automotive.

Hybrids can be broken into two large groups: their level of hybridization (how the power is split) and the layout of the drivetrain (the engineering behind that split). We’ll concentrate here on hybridization levels. Drivetrain types will be mentioned, but for the most part, details of how they function will be left for another day.

Mild Hybrids
As the name implies, this is the least hybrid of the electrical hybrids. There are several types of mild hybrid, but for the most part, they function in the same basic way in terms of what they offer the drivetrain. A mild hybrid is usually only capable of nominally propelling the car and then only as an assist to the major drivetrain component (usually a gasoline or diesel engine).

Mild hybrids can be thought of as the next logical step up from a simple stop-start system, which is now becoming ubiquitous in the gasoline engine game. Whereas a stop/start system can shut down and restart the engine almost at will in order to preserve fuel, the mild hybrid system goes one step further by allowing more stops and restarts as well as regenerative braking and, in some cases, adding propulsion to the drive during acceleration.

There are relatively few mild hybrids on the road today. In Gran Turismo racing, for example, the KERS hybrid system is used in some Porsche vehicles. Most manufacturers see mild hybrid systems as a stepping stone towards full hybridization - this is especially true of Honda, which used a mild hybrid as a launching pad for the Civic Hybrid and CR-Z.

”Full” Hybrid (ala Gasoline-Electric)
A full hybrid vehicle is a vehicle in which the electric and internal combustion engine work together to move the car. The Toyota Prius is the most obvious example of this. These vehicles have a relatively sizable battery pack for energy storage, larger or multiple electric motors, and a powertrain that integrates both the internal combustion (gasoline, diesel, etc) and the electric motor(s) together.

The Hybrid Synergy Drive system from Toyota is the most ubiquitous example, making up the vast majority of full hybrids on the road today. It is a parallel hybrid system that integrates two electric motors, a simplified transmission, and a gasoline engine. The car can be propelled by either the electric motor or the gasoline engine or it can be propelled by both in concert. The second electric motor acts as a sort of mild hybrid system component, working as the engine starter, brake regenerator, and the generator to send power from the engine to the batteries during normal operations. Most hybrid systems work in a similar fashion, though many eliminate the second motor.

Plug-in Hybrid
A plug-in hybrid is very much like a “full” hybrid with one exception: it has a plug-in port that allows the car to be plugged into the grid for charging. This generally implies a larger battery pack and longer electric-only range, of course, but that is not mandatory. Several plug-in hybrids (PHEV or plug-in electric vehicle) are on the market today. Ford has its Energi line of cars, including the Fusion Energi and the C-MAX Energi, which are all plug-in hybrids. The Prius V PHEV is also a plug-in as is the new Mitsubishi Outlander PHEV. Most plug-in hybrids have an electric-only range of around 20-30 miles per charge.

Extended-Range Electric Vehicles
An ER-EV, or extended-range electric vehicle, is similar to a plug-in hybrid, but not exactly the same. most ER-EVs cannot propel themselves with their internal combustion engine and are, instead, electric vehicles which power themselves entirely by electric motor propulsion. They have an internal combustion engine, but it is used exclusively to charge the car’s batteries as a generator. Thus an ER-EV is not technically a hybrid.

The Chevrolet Volt is the most obvious example of an ER-EV. Other vehicles like the defunct Fisker Karma, and the upcoming BMW i3 with extended range are also examples. For the most part, though, the ER-EV idea is largely being bypassed by carmakers focusing on larger battery packs or moving towards fuel cells.

Most fuel cell vehicles use hydrogen, though fuel cells utilizing natural gas, methanol, zinc, and any of a number of things may also be possible. Most fuel cells require two things to operate: a fuel and an activator. For example, in a hydrogen fuel cell, the fuel is hydrogen (H2) and the activator is oxygen (O2). When hydrogen and oxygen meet, they become water (H2O) and throw off an electron during the reaction. This electron can be captured and used to power an electric motor.

In automotive, an FCEV is generally using the fuel cell as a battery to power what is otherwise an electric car. So in this case, the fuel-cell-powered car can be viewed as either an electric vehicle (EV) or an ER-EV, depending on your view of fuel cells themselves.