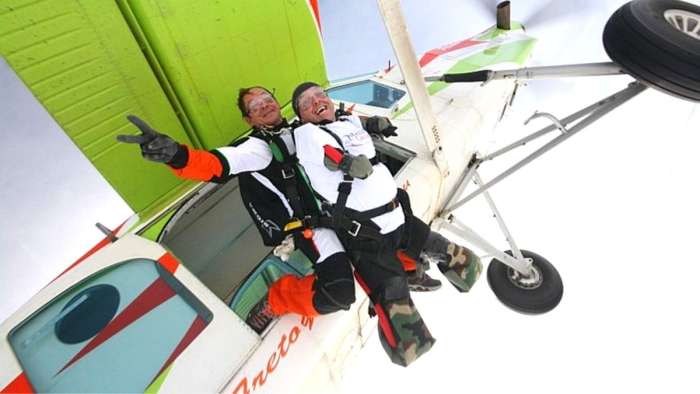 The French adventurer without arms or legs successfully challenged Elon Musk, CEO of Tesla and SpaceX to fly him in a starship rocket.
Advertisement

It all started with a challenge launched by Philippe Croizon, a French adventurer on Twitter, in front of his 55,000 subscribers.

The quad-amputee, author of a historic crossing of the English Channel in 2010 and participant of the Paris-Dakar in 2017, announced Friday, November 20 that if he reached the bar of 50,000 subscribers before Christmas, he would challenge Elon Musk to send him into space.

"Hello Elon Musk. I am a famous French adventurer without arms or legs! Send me into space to show once again that anything is possible," Croizon wrote, tagging Elon and SpaceX and sharing some of his photos.

hello @elonmusk I am a famous French adventurer without arms or legs! Send me into space to show once again that anything is possible! @SpaceX pic.twitter.com/NX9Q9ShcUE

Several hours later Musk responded with good news for Philippe Croizon. "One day we will fly you on Starship," Tesla CEO replied in a Tweet.

One day we will fly you on Starship

Last weekend, a SpaceX rocket took off from the Kennedy Space Center in Florida with four astronauts aboard, bound for the International Space Station (ISS).

This is the first six-month “operational” mission launched by SpaceX, which marks the resumption of human space flights from the United States last May, after nine years of disruption and dependence on Russia.

SpaceX had previously successfully completed a demonstration mission from May to August, two astronauts having been transported to the ISS and then brought back to Earth without incident.