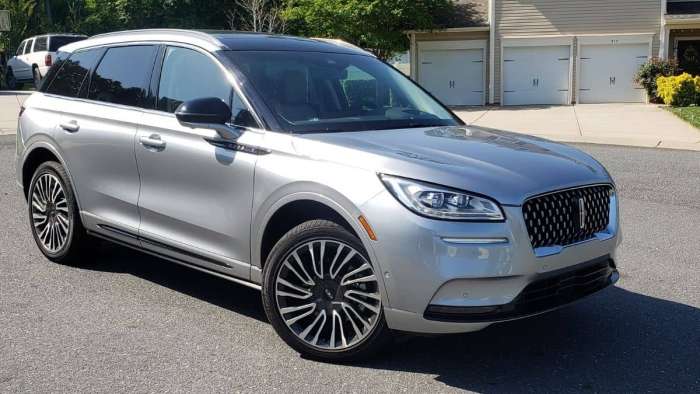 The more luxurious Lincoln is now also available in plug-in hybrid format. The new Lincoln Corsair Grand Touring has arrived in dealerships and impresses the driver in many ways.
Advertisement

Lincoln continues its breakthrough in electrifying its SUVs with a second vehicle offering plug-in technology. After the Aviator Grand Touring, it's now the Corsair's turn to go to the green side of the force.

Ford promised us a collection of new products incorporating electrification. Sure, it's the Mustang Mach-E that's getting all the attention in Los Angeles, but the Lincoln Corsair Grand Touring is no less interesting.

Ford and Lincoln have promised a major electrification offensive. We are moving from words to deeds with, in particular, the Ford Mustang Mach-E , the Lincoln Aviator Grand Touring and now the new 2021 Corsair Grand Touring. With these breakthroughs, the Ford group is putting itself in an enviable position against the two other American manufacturers.

Lincoln has chosen to simplify the list of its models. It has only one sedan, the MKZ, and all of its other vehicles are SUVs. The Corsair is the smallest SUV in the Lincoln lineup, followed by the Nautilus, the Aviator and the very luxurious and gigantic Navigator. Lincoln is synonymous with luxury, and the Corsair has the merit of letting us into this for a starting price of $36,750 MSRP. At Torque News we drove the Grand Touring version of the 2021 Lincoln Corsair, offered at $51,595 MSRP. As you can see, there's a substantial price difference here, and consumers will need to think about what they consider to be truly essential before deciding on a version.

From the beginning I want to state that I really liked this vehicle.

Presented at the Los Angeles Auto Show, the Lincoln Corsair Grand Touring is unveiled with a rechargeable hybrid engine that allows a 100% electric range of approximately 31 miles. The distance is relatively short, but considering that it functions as a hybrid thereafter, fuel consumption turns to be very advantageous compared to the two other versions offered in the Corsair.

Here Lincoln plays with a certain reserve by refusing the swift 3.0-liter twin-turbo V6 engine that it's using in the Aviator. Instead, we favor a wise, but logical approach with a new mechanic. The Corsair offers a 2.5-liter Atkinson-cycle four-cylinder engine backed by a permanent-magnet synchronous electric motor at the rear axle (2.5L 4cyl gas/electric plug-in hybrid EVT). On the floor, there is a 14.4 kWh battery. By the count, the power reaches 266 horsepower.

As I mentioned above, for the transmission, we get a little innovation with a CVT PowerSplit type box, but supported by two electric motors. These operate independently of the single-speed gearbox which drives the rear electric motor. Consequently, we quickly understand that the Corsair Grand Touring comes de facto with an e-AWD all-wheel drive. This is excellent news since this technical configuration allows an integral system that is generally extremely efficient due to the speed of intervention.

To optimize its performance, the Corsair has a collection of drive modes: Normal, Conserve, Excite, Slippery, Deep Conditions and Pure EV. In Conserve mode, it will even be possible to recover up to 75% of the autonomy while driving on the highway for example.

The Exterior Design of The Lincoln Corsair

Lincoln Corsair is the rebranded MKC. The differences between the MKC and the Corsair are minimal.

First of all, they are almost identical in size, with the Corsair being slightly larger than its predecessor. At the front, we find the same grille as well as the same type of headlight, even if the two elements have been very slightly redesigned. Honestly, the Corsair has been on the market for two years now, and we have a hard time telling it apart from an MKC on the road.

A small detail, however, is that the Corsair has a little air of Aviator. Well, you have to know what a new generation Aviator looks like, but the compact SUV has at least managed to keep the elegance that characterizes its big brother. 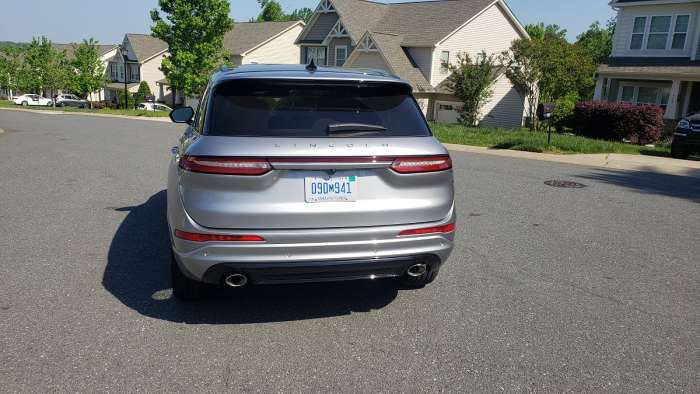 On the back, the same story. Apart from a few details, it is very difficult to differentiate the MKC from the Corsair. Note, however, that the Lincoln logo is positioned a little higher and the rear light signature has been slightly modified. Finally, the bezel covers, in the Corsair, the entire rear part. These are the big changes that have been made with this new model.

The Interior of Corsair

Thankfully, there are a lot of differences here between the good old MKC and this new Lincoln Corsair. As I wrote above, the Corsair looks a lot like the Aviator, and inside, that's even truer. Unlike the MKC, which had an interior that was too Ford-inspired, the Corsair exudes luxury and comfort, and the controls are all accessible via buttons installed on the console.

Our Grand Touring came with optional Perfect Position seats. This option allows you to customize the seat in many different ways, including a separate adjustment of the thigh rests. With the massage functions, it feels like a Navigator. My front-seat passengers really appreciated the massage function. 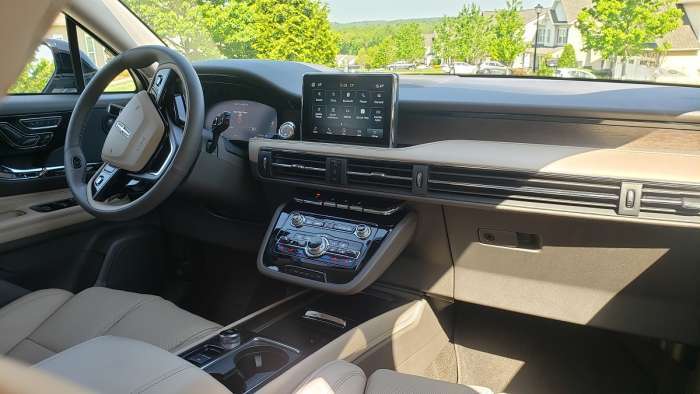 In the back, there is enough room for three adults. My teenage children really loved it. Comfort is great in the back as well. It should also be noted that with the Corsair, the 60/40 rear seats become sliding in order to provide more space for bulky objects in the trunk.

The Corsair comes standard with the SYNC 3 infotainment system on an eight-inch touchscreen and two USB ports. Android Auto and Apple CarPlay are installed on all versions. There is also a wireless charger, optional, but it is located in the center console. This location is not ideal, as it is difficult to access. 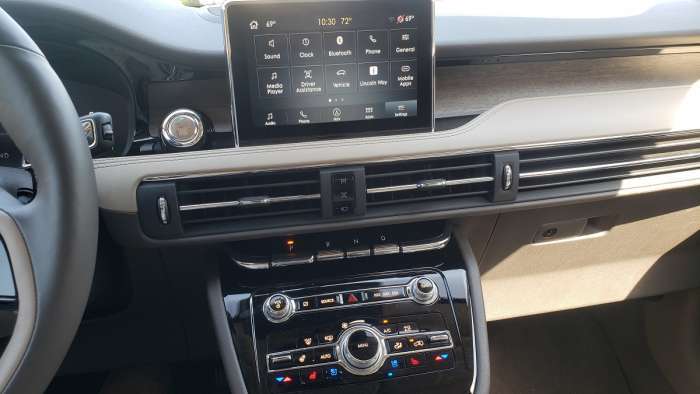 On the safety side, the Co-Pilot 360 technology suite consisting of five route guidance functions is included as standard in all Corsairs.

Overall, the driving of the Corsair Grand Touring is marked by comfort. It knows how to transport its occupants in the greatest comfort and the greatest silence, in short, what is expected of a luxury product. If your version of Corsair is equipped with an adaptive suspension as an option, this system uses sensors that monitor the movement of the suspension, body, steering wheel and brakes, all to adapt the level of suspension to milliseconds. In reality, this suspension is impressively efficient. It really absorbs all the imperfections of the road to restore maximum comfort in the passenger compartment.

The Lincoln Corsair can easily stand up to the BMW X3 and Audi Q5. Also, the 2.3 liter engine is not stingy in power; when you push hard on the accelerator, it responds.

If you can afford it, I really loved driving the new Lincoln Corsair Grand Touring PHEV, its engine, interior design and the comfort.

Have you test-driven one? If yes, please tell us your opinion of the Lincoln Corsair Grand Touring or any version in the comments section below.

gary wrote on June 1, 2022 - 12:38am Permalink
You can't test drive a Corsair phev. The dealers only order this model when a customer purchases one. They are never on the lot. Stupid!