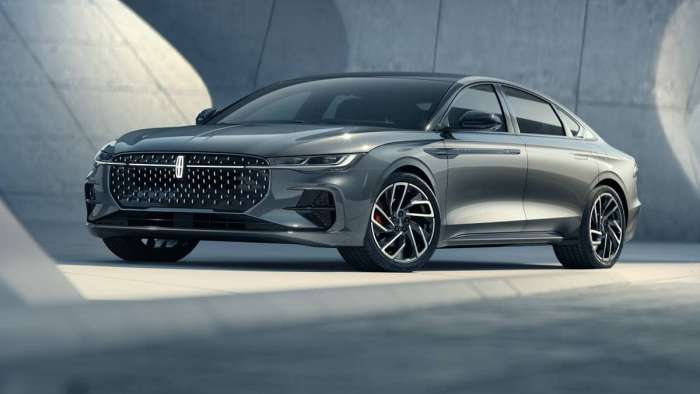 Lincon has made it clear that it intends to boldly dive into the EV segment especially as some of its luxury-laden rivals create entries of their own. Lincoln has formally unveiled the Zephyr sedan which will serve as a compelling window into the brand's future plans for the U.S especially in crafting an identity for future EV models.
Advertisement

Lincoln abandoned the sedan market in the U.S. several years ago, but the luxury brand is still making four doors in other markets, and that includes China with Lincoln execs formally unveiling the all-new Zephyr sedan, which will help shine a light into some of Lincoln's EV plans.

Before the production model debuted in China, it originally appeared as a design study that made its first appearance as a concept car at the Shanghai Auto Show. Not much has changed in its march to production reality, with the front styling retaining some of the concept's bold charm albeit with a modest redesign to include production headlights as well as concessions to Chinese safety regulations. 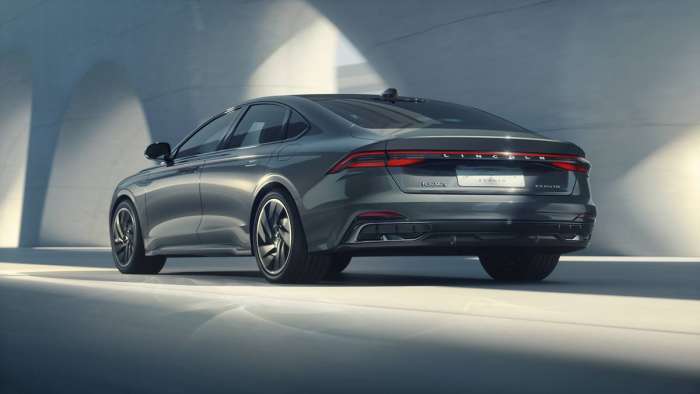 The futuristic camera mirrors have been pitched for traditional mirrors, while the rear styling sees some changes made to the lighting and the rear bumper. Thankfully, the basic profile of the car hasn't changed, and the Zephyr still retains a stylish fastback layout which is reminiscent of some of the recent moves that rivals like Audi have made with a few of their models. Performance for the Zephyr will come from a 2.0-liter turbocharged engine which will be bolted to an eight-speed automatic.

While the 2023 Zephyr itself is not a pure EV, some of its design and technology could eventually trickle down to future electrified Lincoln models, especially those sold in the U.S. An essential requirement for any EV is to craft a distinct identity for itself. Some of the traits we see here on the Zephyr could be lifted for use in those models. That includes the novel lighting elements as well as a variation of the existing front-end design. 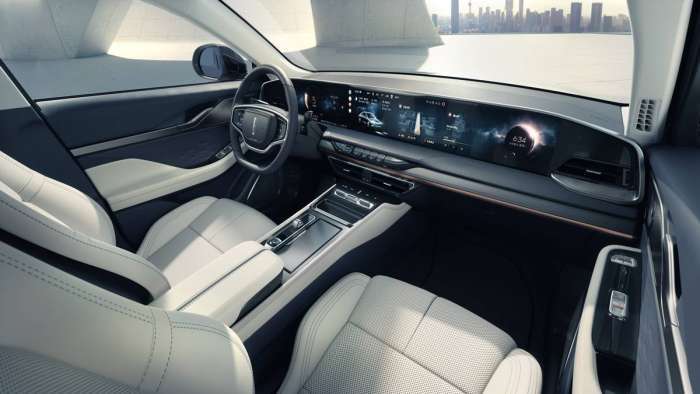 The interior, in particular, serves as a precursor of what's to come with the dashboard here, offering an end-to-end screen layout that's filled with vibrant images and read-outs. A 12.3-inch digital instrument cluster makes up the first half of the screens, while a massive 27-inch screen dominates the remaining space. The steering wheel is a new design, too, and some of the controls here could easily be incorporated into an EV. As a bonus, the 128 color ambient lighting system will be a very potent conversation starter.

As for the current status of Lincoln's EV efforts, that remains a mystery. While the Aviator and Corsair GT models are welcome first steps in the brand's attempts to go green, brand execs have so far remained silent on what's next, and it appears that we will have to wait a few more years to learn anything concrete. In the meantime, the Lincoln Zephyr's impressive amount of technology and modern flair will undoubtedly serve as a compelling glimpse into what's coming. They will certainly allow Lincoln to make a splash in the EV segment once all the pieces fall into place.

LG's New EV Battery Plant Is a Welcome News for Tesla
Tesla Giga Berlin's New Hurdle: It's Not Only the Gov't, but Now Tesla Itself
END_OF_DOCUMENT_TOKEN_TO_BE_REPLACED