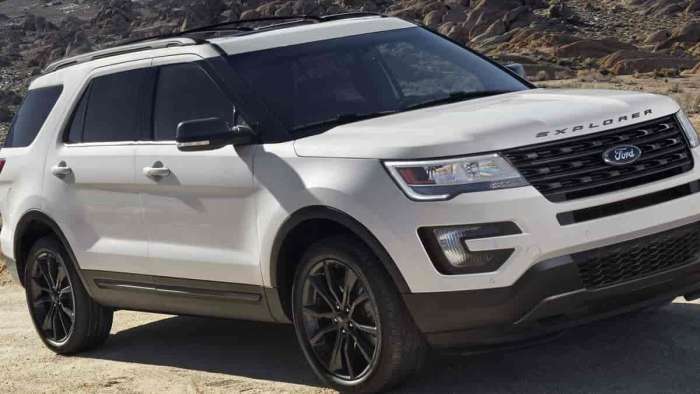 In another recall, Ford has recalled some of its bread-and-butter pickups, the F-150, to fix driveshafts and steering gear as I detailed in a report.

In the biggest recall, Ford recalled 774,696 2013 to 2017 Explorers to fix a front ball joint issue. The vehicles may experience a seized cross-axis ball joint that may, in turn, cause a fractured rear suspension toe link.

In a recent Super Duty truck recall, Ford recalled a number of Super Duty pickups to fix a front hub detachment problem. You can read about it here.

Affected vehicles may experience a clunking noise, unusual handling, or a misaligned rear wheel. The toe link fracture may significantly diminish steering control, increasing the risk of a crash.

The affected vehicles are located in high-corrosion states as defined by the National Highway Traffic Safety Administration (NHTSA) or in regions with a combination of cold winter weather with relatively high humidity and substantial road salt use.

According to the automaker, there have been six allegations of injury related to this condition in North America. Owner notification will start the week of Aug. 23. Dealers will inspect the cross-axis ball joint/knuckle as necessary and replace the toe links with a revised design part. Ford has implemented a customer satisfaction program for vehicles not sold or registered in corrosion states.

The Ford reference number for this recall is 21S32. 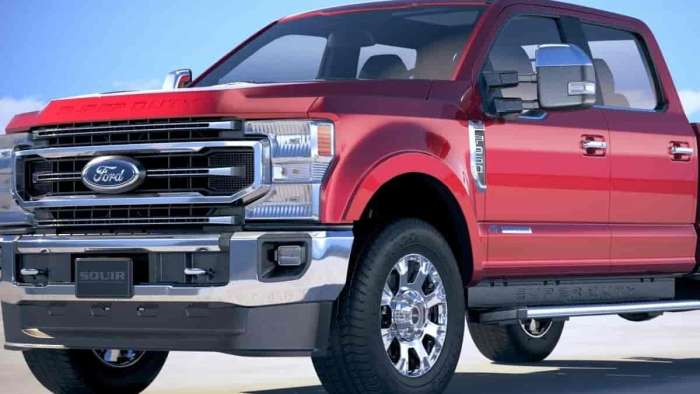 Drivers of the affected heavy-duty pickups may experience rear driveline disconnection. In turn, this may lead to vibration and shaking while driving at highway speeds or juddering on acceleration.

In the event of a disconnected driveshaft, affected pickups may stop suddenly. Or the driver may be unable to put the pickup into Park. Until the recall is applied, drivers must use the parking brake to prevent an increased crash risk.

Ford assembled the affected vehicles at the Kentucky Truck Plant between Aug. 6, 2020, and May 15, 2021. Of the vehicles affected, 34,855 are in the U.S., with the balance in Ford's International Markets Group.

Ford is not aware of any accidents or injuries related to this condition.

Dealers will inspect the rear axle to determine if deformation is present. If the axle is deformed, the axle housing must be replaced. If the axle isn't deformed, the dealer's technicians will perform a weld repair to the spring seats. Owner notification begins the week of Aug. 16. The Ford reference number for this recall is 21S31. 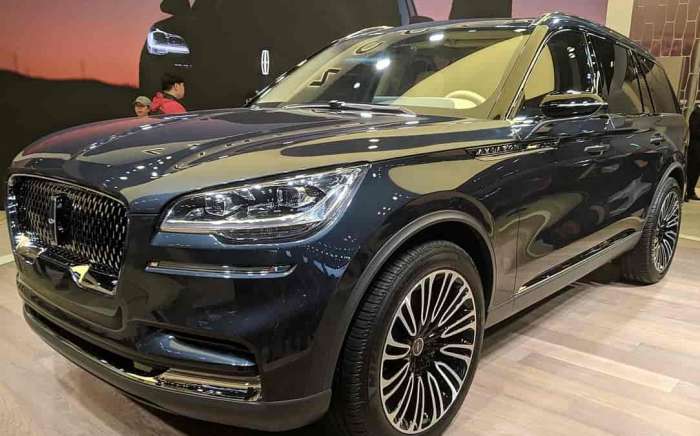 In the third recall of 2020-2021 Lincoln Aviators, equipped with 3.0-liter gas engines, Ford has issued the recall for improperly secured battery cable wire harnesses. About 40,995 Aviators are involved in this recall.

According to the automaker, because the battery cable wire harness may not be properly secured, the cables may contact the air conditioner compressor pulley. Over time, the pully may rub through the wire harness insulation and contact the unfused battery positive (B+ or red) wire circuit. This could result in a potential short circuit and fire.

The recall affects 36,258 vehicles in North America, 2,601 in the automaker's International Markets Group, and 2,136 in China. Ford is not aware of any accidents, injuries, or fires relating to this condition. Ford assembled the vehicles at the Chicago Assembly Plant between June 19, 2019, and Jan. 5, 2021.

Owner notification begins the week of July 30. Dealers will inspect the vehicle, and:

The Ford reference number for this recall is 21S34.

In a second GM recall, also detailed by Mary Conway, the automaker recalled 135,000 SUVs due to bad jacks.