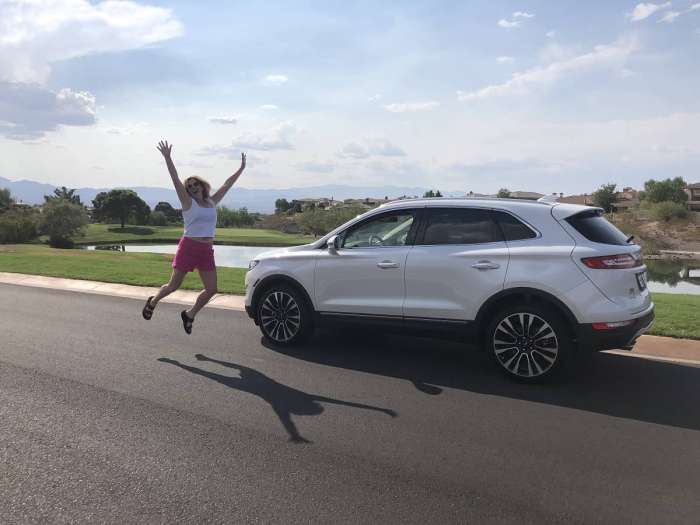 Why I Switched From Lexus RX To 2019 Lincoln MKC

In this guest post, a Torque News reader explains the reasons why a person with two Lexus RX crossovers just switched to the 2019 Lincoln MKC
Advertisement

“A Lincoln?” This was the response from the car-loving men in my life when I told them I was interested in the MKC. I was looking to trade in my 2013 Lexus RX350 which I had bought three years ago as a preowned. The full warranty had run out and I had started having problems with it and the service department at my local dealership.

I had driven the Mazda crossover but it did not have the power of my Lexus. I live in Nevada and the driving here requires me to floor it at least once every time I drive. If I lived in a city or small suburb the Mazda would be a great choice as I drive from red light to red light in bumper to bumper traffic. But the Mad Max roadways of Las Vegas need more horsepower than the Mazda offered. (Here is how Mazda could fix that problem)

I also cross-shopped and drove the Audi SQ5 performance crossover which had more tech than the space shuttle and probably drives more stiffly than that shuttle. I did love that it had two screens- one for Apple CarPlay and one for Nav… at least I think that’s how that worked, it was all very confusing. A very nice young man promised me he could teach me to use the technology but I think he overestimated my learning abilities and did not quite understand how much time we would be spending together if I chose that car.

The Lexus NX is the prettiest girl in the room. But it, too, lacked horsepower. The NX is so beautiful I might have overlooked the HP but for the previously mentioned problems with the Lexus service department. In this modern age of 2018, my husband should not have to talk to the dealership for me in order to get the warranty coverage I was entitled to. Maybe that kind of old-school "take advantage of the gal" thing will happen anywhere but I can tell you it won’t happen to me at Lexus again because I’ll never buy another one.

So why a Lincoln? I Googled, “Crossovers with the most horsepower.” I found the MKX. When I got to the dealer they told me about the MKC which was a better size for my needs. I reluctantly agreed to drive it because they told me 2.3l AWD engine promised 285 horsepower, the same as my FWD Lexus 350. I don’t really need AWD in Vegas weather, but it’s not a negative. I drove it and was pleasantly surprised the 4 cylinder engine was so powerful- and that wasn’t even in sport mode!

The MKCs I test-drove were beautiful inside. The wood grain is gray matte and they actually had the color vehicle I wanted - and the interior I wanted- which hasn’t happened to me in my life as a car owner. The driver’s seat is the most comfortable I have ever been in- even before I adjusted the lumbar support. The seat also cranked up high so I’m up like a bus driver. 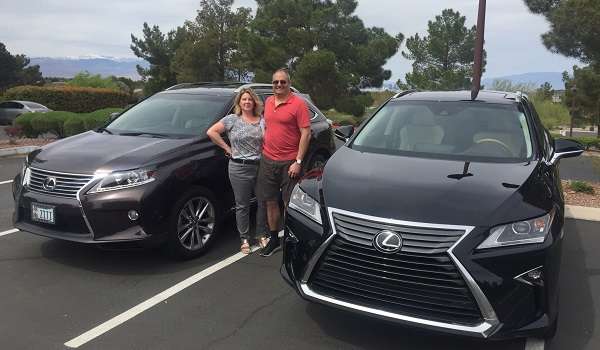 The tech was easy and intuitive: old school dials and buttons but also touch screen and Apple CarPlay, something neither my Lexus nor my husband’s newer Lexus has (Yup, we are that crazy couple with two Lexus RX 350s). It felt roomy in the cabin and my arm, when rested, actually did reach the armrest. With my Lexus I had to buy a cushion so my arm met the rest. It has a kick activated hatch door and a capless gas tank. Small things, but two among many I loved.

The sales rep was proud to show me how it can parallel park for me. Being from Boston this is something I can do myself… but it can also get you out of a spot that’s tight which I had never seen a car do.

So why the Lincoln? When I went to the dealership the service manager and I got to talking about cats and before I knew it we were looking at live streaming video of his cat at home and I almost bought right then and there. A pleasant sales experience matters. It wasn’t that or the grill that sold me. It was the handling of the crossover- which is tight but not stiff and comfortable like a living room on wheels. And the engine-which I’ll admit has a tiny lag (turbo lag?) that my Lexus did not have but then it really moves. And little touches that I feel were made for me, from the dealership to the interior and the exterior sold me on the vehicle.

My Seven favorite things about my new Lincoln:

Dups wrote on August 1, 2018 - 2:15pm Permalink
You thought Lexus has issues, hah, wait and see how many more problems your dressed up Ford will have. Toyota seats, that is true they are not very ergonomic and not well designed, but Lexus will never leave you stranded like a Lincoln would. Let's not even mention depreciation.
Terri wrote on September 8, 2018 - 8:37pm Permalink
Really dislike the 2018 Rx 350 seat. Not comfortable at all.
John wrote on April 9, 2021 - 5:12pm Permalink
I have owned five Lincolns and one Lexus (which I nicknamed the Rexus). The Rexus spent more time in the shop than all five of my Lincolns combined. Lexus reliability is an urban myth...
Burt wrote on February 25, 2019 - 2:00pm Permalink
This woman is absolutely correct. I wanted a luxury compact SUV for ease of entry and for the electronic safety features and infotainment systems which I used heavily in my wife's Lincoln mkz.. the Audi q3, mbcla250, and bmwx3 all lacked a touchscreen which is by far the best user experience. And they were underpowered, austere, and way too firm for freeway driving. The user interface on the new Acura rdx is a disaster and the Lexus nx system is also frustrating. The mxc has a great user system and the leather seats are luxurious and have better leg room and the car is very quiet and if I need a suffer ride for canyons I switch to sport mode. With a combined 12000 miles on the mkz and mkc we've never needed maintenance other than the yearly service for which Lincoln picks up the car and provide a loaner. I added a Race Chip module to the 1.3 L engine and it now has the power of the Mustang which shared the same engine tuned for higher power. So my mkc really accelerates for passing. We both made great choices!!!
Terri O'Heir wrote on February 28, 2019 - 6:13pm Permalink
I have had the car for three months. Unfortunately the back seat is a problem with car seats. There is not enough room- I put a car seat in it prior to buying but did not have the seat the way I would drive it. Not a lot of leg trim for paggengers. Cargo space - Which I did not think a problem would be initially is a problem trying to put a stroller in. Not a good Grammy car.