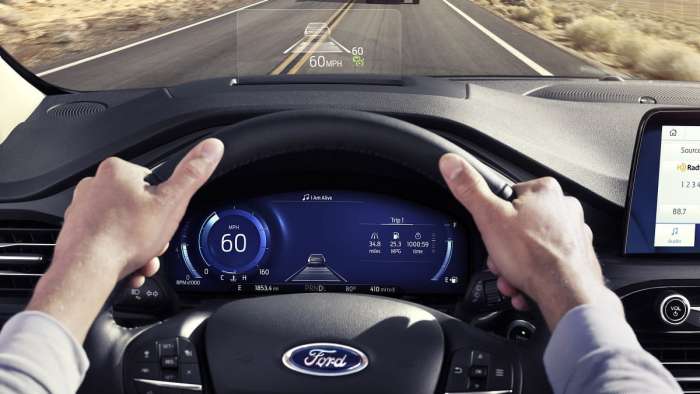 The Ford Escape has been a part of the automotive landscape for ages, first introduced to the market 20 years ago. Torque News is reviewing the 2020 Ford Escape Titanium AWD Hybrid.
Advertisement

It's not easy to compete in the compact SUV segment, especially in the face of such fierce competition as the Honda CR-V and, above all, the new Toyota RAV4. Despite everything, the Ford Escape is doing well, it is the third best-selling model in the segment behind Toyota and Honda, even surpassing South Korean models.

At Ford, we hear a lot about the Ford Mustang Mach-E, the crossover inspired by the Mustang, which has a certain Tesla Model Y in its sights. In the future Ford will unveil its electric F-150, but in the meantime, Ford proposes other means of benefiting from the advantages of electrification. This is notably the case with the Ford Escape hybrid and its plug-in hybrid variant, both of which are new for the 2020 model year. 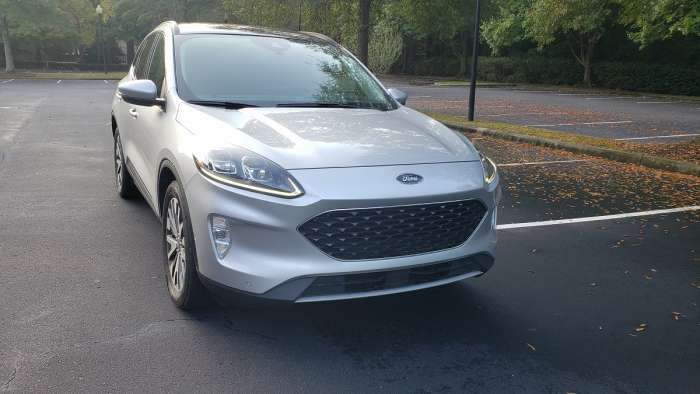 Some of the highlights of the Titanium Hybrid package of the 2020 Ford Escape include:

Why Is Ford Escape Popular

The secret of its popularity? A variety of versions and engines contribute to the popularity of the new Ford Escape. In fact, the 2020 Ford Escape comes in nine models. Those are the S, SE, SE Sport Hybrid, SE Plug-in Hybrid, SEL, SEL Plug-in Hybrid, Titanium Hybrid, Titanium, Titanium Plug-in Hybrid. As you can see the main trims are the S, SE, SEL and the Titanium, which all come with their hybrid or Plugin-in Hybrid versions. Generous financial incentives that often tip the balance with many buyers also contribute to the popularity of the Ford Escape.. In terms of styling, the 2020 Ford Escape isn't very flashy. It blends into the crowd.

While the 2020 Ford Escape doesn't seem to have a real personality, like many SUVs in the segment, it is more aerodynamic and, thanks to the more extensive use of aluminum, has lost about 200 pounds. While I test drove the Titanium Hybrid AWD version, which came with mileage, SE and SEL versions are also recommended by us, as they are priced at around $27,000 and offer good level of technological equipment for the price. However, the hybrid versions are our favorites. I would go for the hybrid version of the plug-in hybrid version to get better mileage. 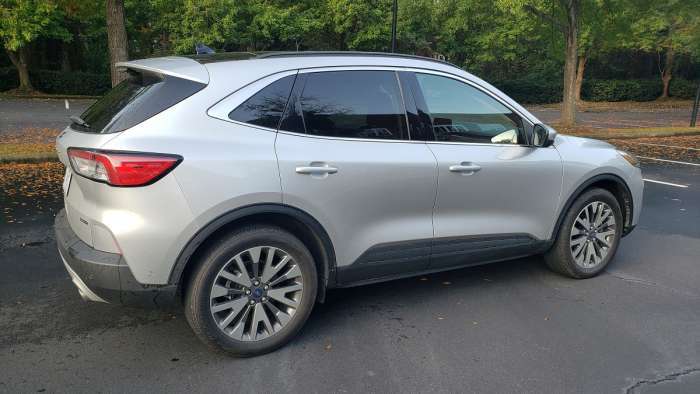 The starting price of the 2020 Ford Escape Titanium Hybrid is $33,550. It gets a great Mileage of 44/37 city/hwy. The key features are the Ford Co-Pilot360 Assist+, which is a suite of advanced smart driver-assist features, and Available Active Park Assist 2.0, which makes your parking easy. New for the 2020 Escape is the B&O Sound System by Bang & Olufsen that offers a dynamic, immersive listening experience for the driver and passengers.

The Ford Escape Hybrid 4WD is not an adrenaline rush, in fact, it's a typical pleasant hybrid drive experience. Hybrid Escape's primary mission is to sip gasoline slowly, but I have to admit, the tweaks to the chassis make the ride more lively than expected. First, there's that 2.5-liter Atkinson-cycle 4-cylinder engine that makes a slightly hoarse sound, which adds a bit of character to the equation, especially in Sport mode when the vehicle is tuned for driving. dynamic.

The increased rigidity also gives confidence to the person holding the wheel. The suspension is nicely adjusted. On an uneven surface, the Ford Escape Hybrid absorbs crevices and other potholes quite well, while in sporty driving. The unexpected turns at certain speeds are pretty good, although I don't think a typical buyer is going to push the Ford Escape to its limits.

As for regenerative braking, of course it takes a short time to acclimatize, but in the end, I have no criticism of it. I really liked the indicator light that tells me if my braking had provided optimal energy recovery. I had not seen this in other hybrid vehicles that I have tested before. 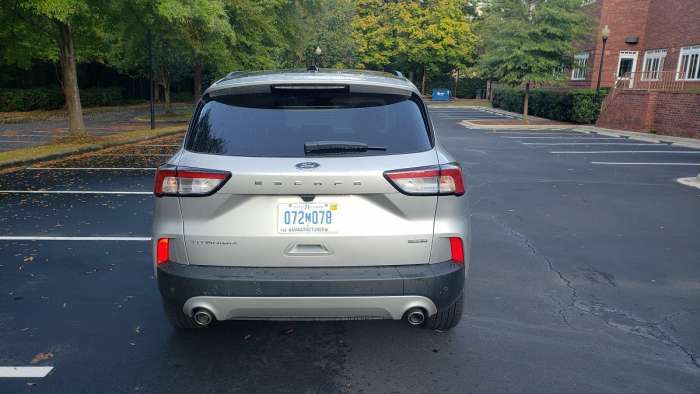 The Interior of the 2020 Ford Escape

The interior of the 2020 Ford Escape benefits from a major update. Perhaps the most remarkable element of this transformation is the dashboard. Much more refined than the previous version, it concentrates all the keys under the top row of the dashboard. The ventilation ducts are also visually less insistent. Ford offers a fully digital instrumentation unit in the Titanium package, which Torque News tested. Sleek, it provides a lot of information without appearing overloaded. In terms of overall quality, the Escape has also improved. Flexible materials are more present and the used plastics are more expensive to perceive sustainability. Rear passengers also benefit from good legroom due to the slim front seat backs.

Like many of its rivals, Ford has chosen to offer an independent touchscreen attached to the top of the dashboard. This position allows you not to lower your eyes too much. It hosts the latest generation of Sync 3 multimedia system which has been slightly revamped (By the way, large touchscreen powered by Ford Sync 4 is expected for redesigned 2021 Ford F-150). The menus in the 2020 Ford Escape are a little more refined, which requires a period of adaptation in navigation. That said, it remains a good, responsive and largely intuitive system. It also features an interesting hybrid component that encourages precise driving to promote fuel consumption. In addition to these paraphernalia, note that the Escape Hybrid comes standard with all the elements of active safety, from active cruise control, through active steering assistance and semi-autonomous parking assistance. The B&O sound system, as mentioned above, offers a good sound.

While the RAV4 Hybrid has been going it alone for several years in its segment, the Japanese SUV finally has a major competitor to do battle with. The Escape Hybrid undeniably has the assets to ensure good competition, especially in terms of its mechanics and road handling.

Thanks to the compact appearance of the battery, the Escape Hybrid has 974 L of cargo space in the rear, in addition to benefiting from a low loading threshold. Also, in case of an emergency, the Escape Hybrid is equipped with a real spare wheel, an increasingly rare commodity while every kilo counts today in a car.

As for the choice of version, even if the gasoline models have certain attractions, the hybrid Escape represents an excellent choice. Also unlike the Toyota RAV4 Prime, Ford will be able to meet demand.